Camila Sodi Net Worth and salary: Camila Sodi is a Mexican actress and model who has a net worth of $6 million. Camila Sodi was born in Mexico City, Mexico in May 1986. Camila's maternal aunt is actress and singer Thalia and her mother is editor Ernestina Sodi. The Sodi family is well-known in Mexico. Many of Camila's relatives have gone on to be actors, writers, politicians and more.

Camila started off modeling and hosted a music video show on TeleHit in Mexico. Her first role came in 2004 in the telenovela Inocente de ti. Camila has starred in the films El bufalo de la noche, Ninas Mal, Deficit, Tear This Heart Out, and El Despertar. She is scheduled to star in the upcoming film Amor de mis Amores. She hosted the show El Pulso from 2002 to 2004. Sodi has released an album titled Ella y el Muerto.

Camila married Mexican actor Diego Luna in 2008. The couple has a son Jeronimo Luna and a daughter Fiona Luna. The couple became separated and divorced in March 2013. 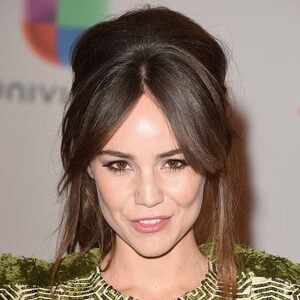