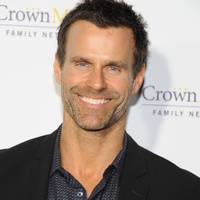 Cameron Mathison net worth: Cameron Mathison is a Canadian actor who has a net worth of $2 million dollars. Born in Sarnia, Ontario, Canada, Cameron Mathison graduated from McGill University in Montreal with a degree in Civil Engineering in the early 90s. He began his professional on-camera career in the late 90s, appearing in supporting and guest starring roles in television shows and tv movies. 1998 proved to be his breakout year. He appeared in a supporting role in the feature film, "54", and was cast as Ryan Lavery on the hit soap opera, "All My Children". The next year, he won the award for Outstanding Newcomer from Soap Opera Digest, and he would go on to play Ryan Lavery for the next 13 years. In addition to his work on "AMC", he also made guest star appearances on such shows as, "The Job", "The Drew Carey Show", "JAG", and "Hope & Faith". Since the end of "AMC", he has appeared on such shows as, "Castle", "Desperate Housewives", "Drop Dead Diva", and "Hot in Cleveland".