How much is Cameron Dallas Worth?

Cameron Dalla net worth: Cameron Dalla is an American internet personality and actor who has a net worth of $2 million. Cameron Dalla was born in Chino Hills, California in September 1994. He is best known for being famous on the app Vine. Dalla started out on Vine in September 2013 and now has more than eight million followers on Vine and five million on Twitter. He also has about eight million followers on Instagram. As an actor he has starred in the movies Expelled in 2014, The Outfield in 2015, and Neighbors 2: Sorority Rising in 2016. Dalla also provided the voice of Freddie in the 2015 movie The Frog Kingdom. He has also appeared in episodes of the TV series AwesomenessTV and American Odyssey. As a singer he released the single "She Bad" in 2015. Dalla has won Teen Choice Awards for Choice Web: Viner twice as well as for Choice Web Star: Male. 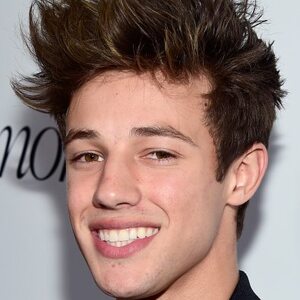