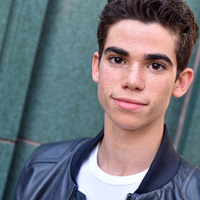 Cameron Boyce Net Worth: Cameron Boyce was an American actor and dancer who had a net worth of $5 million at the time of his death in 2019. Boyce first became well-known for his role as Luke Ross on the Disney Channel series "Jessie," which aired 98 episodes between 2011 and 2015. He worked on a number of Disney projects, including the "Descendants" series of television films (2015–2019), in which he played Carlos, the son of Cruella de Vil. Cameron also played the son of Adam Sandler and Salma Hayek in the films "Grown Ups" (2010) and "Grown Ups 2" (2013). Boyce appeared in the film "Judy Moody and the Not Bummer Summer" (2011) and the TV series "Gamer's Guide to Pretty Much Everything" (2015–2017) as well as the posthumous releases "Mrs. Fletcher" (2019) and "Paradise City" (2021). He voiced Jake on the animated Disney Junior series "Jake and the Never Land Pirates" (2012–2014), and he appeared in the 2010 video game "Just Dance Kids" as a coach and background dancer. Sadly, Cameron died in July 2019 at just 20 years old. He had been diagnosed with epilepsy three years earlier, and he passed away after suffering a seizure in his sleep.

Early Life: Cameron Boyce was born Cameron Mica Boyce on May 28, 1999, in Los Angeles, California. His mother, Libby, is Ashkenazi Jewish, and his father, Victor, is of African-American and African-Caribbean descent. Victor's mother, Jo Ann Boyce, was one of the first 12 African-Americans (known as the "Clinton Twelve") to attend an integrated public high school in the Southern U.S. Cameron grew up with a younger sister, Maya, and at an early age, he began training as a dancer, learning modern dance, ballet, tap, hip-hop, breakdancing, and jazz. In May 2019, Boyce moved in with "Jessie" co-star Karan Brar and "Gamer's Guide to Pretty Much Everything" castmate Sophie Reynolds.

Boyce guest-starred on "Bunk'd" and "Code Black" in 2016, and in 2019, he filmed five episodes of the HBO series "Mrs. Fletcher" alongside Kathryn Hahn. In September 2019, it was announced that Cameron's clothing line, Archives, would be released that November. In 2020, a documentary Boyce appeared in, "Showbiz Kids," was released, and director Alex Winter dedicated the film to his memory. Later that year, the Adam Sandler film "Hubie Halloween" included the dedication "In loving memory of Cameron Boyce. Gone way too soon and one of the kindest, coolest, funniest, and most talented kids we knew. You live on forever in our hearts and are truly missed everyday." In 2020, Boyce posthumously appeared in the film "Runt," and his final role was Simon Ostergaard on the Amazon Prime Video series "Paradise City," which began streaming in March 2021.

Philanthropy: In 2017, Cameron helped raise more than $27,000 for the charitable organization the Thirst Project, and after his death, the charity changed the name of its Pioneering Spirit Award to the Cameron Boyce Pioneering Spirit Award. Boyce was a supporter of United Way of America, the Lucstrong Foundation, and HomeWalk, and he was involved with the "It's On Us" social movement, which was launched by Barack Obama and the White House Council on Women and Girls to "help put an end to sexual assault on college campuses." 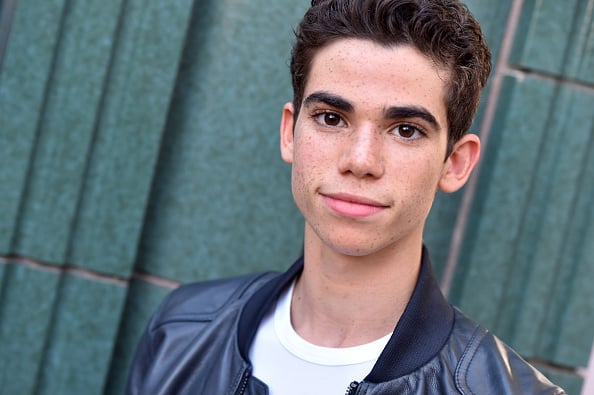 Shortly before his death, Cameron had begun working on a social media campaign called "Wielding Peace." He spoke to "Refinery29" about the project, stating, "It will be a collection of images that feature people from all walks of life (celebrities, victims of gun violence, common supporters) wielding 'guns.' The catch is, the 'guns' that we're using as props will be items that signify unity and peace. Household items such as musical instruments, cameras, food, sporting equipment, beauty products, articles of clothing…anything that might inspire someone creatively as well as make a strong statement with the sentiment that we need to choose a different weapon." After Boyce's death, his family established The Cameron Boyce Foundation and announced that "Wielding Peace" would be the organization's first project. The foundation is dedicated to "reducing gun violence and curing epilepsy through digital campaigns, programmatic partnerships and financial support," and several of Cameron's former co-stars are on the advisory board, including Adam Sandler, Salma Hayek, and Dove Cameron.

Death: Cameron was found unresponsive at his North Hollywood home on July 6, 2019, and after authorities arrived at the scene, he was pronounced dead. Boyce's family issued a statement that he had passed away in his sleep "due to a seizure which was a result of an ongoing medical condition for which he was being treated," and a few days later, they confirmed that Cameron had suffered from epilepsy. On July 30, 2019, autopsy results from the Los Angeles County Department of Medical Examiner-Coroner confirmed that Boyce's cause of death was "sudden unexpected death in epilepsy." Cameron was cremated nearly two weeks after his tragic death, and his ashes were returned to his parents, who called him "the very definition of human kindness, and a light that will forever shine as his spirit lives on in all who knew and loved him."

Several of Cameron's co-stars shared their grief on social media, including Adam Sandler, who wrote, "Too young. Too sweet. Too funny. Just the nicest, most talented, and most decent kid around. Loved that kid…All our hearts are broken." Michelle Obama, who guest-starred on "Jessie" in 2014 and spent time with Boyce at the 2014 White House Easter Egg Roll and a 2016 Toys for Tots campaign, said of Cameron, "I was lucky enough to share a few moments with Cameron Boyce — on set, at the White House, and on a service project — enough time to recognize that not only did he have incredible talent, but also an incredible heart."

Awards and Nominations: In 2017, Boyce won a Daytime Emmy for Outstanding Promotional Announcement for "Timeless Heroes – Be Inspired" (which told the story of his grandmother and the "Clinton 12"), and he received a Pioneering Spirit Award for his work with the Thirst Project in 2018. In 2012, Cameron and his "Judy Moody and the Not Bummer Summer" co-stars won a Young Artist Award for Best Performance in a Feature Film – Young Ensemble Cast. Boyce earned Young Entertainer Award nominations for Best Young Ensemble Cast – Television Movie, Mini Series or Special for "Descendants" (2016) and Best Young Ensemble Cast – Television Series for "Gamer's Guide to Pretty Much Everything" (2017), and in 2014, "Jake and the Never Land Pirates" earned him nominations for Best Male Vocal Performance by a Child and Best Vocal Ensemble in a Television Series – Children's/Educational.