Cam Gigandet net worth and salary: Cam Gigandet is an American actor who has a net worth of $4 million. Cam Gigandet was born in August of 1982 in Tacoma, Washington. In 2001 he graduated from Auburn Senior High School, before moving to California and enrolling in Santa Monica College. To date, his most notable appearances have been in The O.C., Twilight, Pandorum, Never Back Down, Burlesque, Easy A, and Priest.

He also currently works on the CBS show, Reckless. He made his on-screen debut in 2003 on the crime drama, CSI: Crime Scene Investigation, with follow up appearances on The Young and The Restless and Jack and Bobby. In April of 2009, Gigandet and his fiancé, Dominique Geisendorff had their first child, a daughter named Everleigh Rae. And in January of 2013, their second child, a son, Rekker Radley, was born. Gigandet is also a black belt in Krav Maga, which he was able to use in his fight scenes in the film Twilight. Playing a "tracker" vampire, James, Gigandet won the MTV Movie Award, along with Robert Pattinson, for best fight in 2009. This was his second consecutive win for the title, having taken the first in 2008 for his role as fighter Ryan McCarthy in the film, Never Back Down. 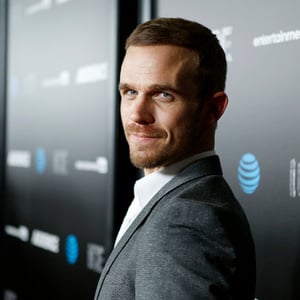