Calum Worthy Net Worth: Calum Worthy is a Canadian actor who has a net worth of $1 million. Calum Worthy was born January 28, 1991 in Victoria, Canada. He decided he wanted to become an actor at the age of four, after seeing Macaulay Culkin in Home Alone (1990), and began training in voice and dance and started performing in plays and musicals at the age of 5.

He was accepted into the Tarlington Training professional children's program in Canada at the age of 9. Worthy made his screen debut as a guest star in Fox's Night Visions (2000). At the age of 10 he landed his first leading role, starring in the BBC mini-series I Was a Rat (2001). In 2003, he worked on the six-episode HBO mini-series Out of Order (2003) and later that year was cast in a lead role in National Lampoon's Thanksgiving Family Reunion (2003), for which he won a 2004 Young Artist Award for Best Performance by a Leading Young Actor in a Television Production. He was nominated for another Young Artist Award in 2006 for Best Performance in a Short Film for his performance the short film When Jesse Was Born (2005). He appeared in many more television shows as leads and/or in guest appearances and was subsequently nominated for a 2008 Young Artist Award for Best Recurring Role in a Television Series for his work in Psych. In 2010, Calum worked on a feature film called Daydream Nation (2010 and on Caprica (2009), the new Battlestar Galactica (2004) spin-off. In 2013 he created, wrote and executive-produced, along with Derek Baynham and Kelly May, The Coppertop Flop Show-which was picked up to series by Disney Channel to air in late 2013. 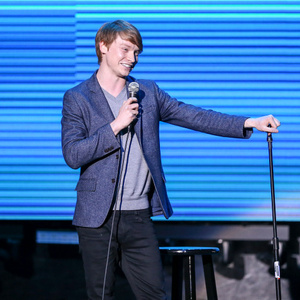