Calum Best Net Worth: Calum Best is a British-American former model and reality television personality who has a net worth of $8 million dollars. Calum Best was born February 6, 1981 in San Jose, California. The son of English model Angie Best and George Best, a football legend from Northern Ireland, he was raised in Los Angeles, where he became a model in his mid-teens.

Father George Best was well known for his football (soccer) skills and infamous for drinking problems. Calum later became associated with The National Association for Children of Alcoholics (NOCOA), a U.K. charity providing support to children affected by a parent's drinking. Best moved to the U.K. at the age of 21. He has taken part in the reality TV shows Fool Around With on E4 and The Match on Sky One. In 2005 and 2006 he was featured in ITV1's Celebrity Love Island, winning the second series in August of 2006. Around this same time he played himself in the final episode of ITV1's Footballers' Wives. He also appeared on Channel 4's Come Dine With Me, where he dined with Janice Dickinson, Samantha Fox and Jade Goody's ex-boyfriend Jeff Brazier. In September 2006, Best appeared in the ITV2 series Calum, Fran and Dangerous Danan, in which he was seen traveling with Paul Danan and Fran Cosgrave from Texas to Los Angeles on America's U.S. Route 66. In late 2006, Best launched a men's fragrance called Calum. Calum went on to launch his second fragrance, called Best. Next in line was his third fragrance called Day and Night. In 2008, Best appeared on RTÉ's Livin' with Lucy. Later that year, he featured in MTV's Totally Calum Best, which followed Best's attempts to remain celibate for fifty days. In 2009, he appeared as a guest judge in reality television show Paris Hilton's British Best Friend, in which he tested the contestants' flirting abilities. In November 2009, he presented the BBC TV Documentary Brought up By Booze: A Children in Need Special, which highlighted the plight of children brought up by alcoholic parents.

Best is also somewhat infamous for being in a relationship with actress/tabloid fodder Lindsay Lohan for a month during 2007. 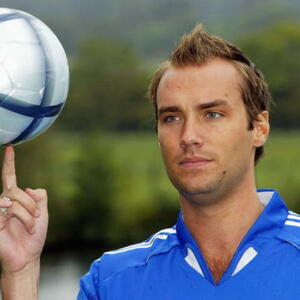