What is Caleb McLaughlin's Net Worth and Salary?

McLaughlin was born on October 13, 2001 in New York City, New York and then grew up in Carmel, New York. He attended Kent Primary School and then went to George Fischer Middle school for a year. During this time, he was already going for auditions and trying to pursue a career in acting. He also decided to study dance for a year at Happy Feet Dance School in Carmel, New York. He also attended the Seven Star School of Performing Arts in Brewster for a year. After that, he enrolled at The Harlem School of the Arts where he studied with Audrey Lynch, a former producer of "Lion King."

McLaughlin's first acting role was in the opera, "Lost in the Stars," which played in Cooperstown, New York at the Glimmerglass Opera House. In 2012, McLaughlin landed a role in a short film called "Noah Dreams of Origami Fortunes." He also played the role of Young Simba in "The Lion King" from 2012 to 2014 at the Minskoff Theatre on Broadway. He also began auditioning for television shows and landed a number of guest roles in series like "Law and Order: Special Victims Unit," "Unforgettable," "Forever," "What Would You Do?" and "Shades of Blue."

In 2016, McLaughlin landed his breakout role in "Stranger Things" playing the character of Lucas Sinclair. The show is a comedic horror science fiction drama set in a small town in the 1980s. It follows the adventures of a small group of friends, of which McLaughlin's character is one, who seek to understand the disappearance of one of the town's local high school students and the mysterious events that keep happening afterward. The first season of the show was massively successful and broke a number of Netflix viewership records. The cast of the show won the 2017 Screen Actors Guild Award in the category of Outstanding Performance by an Ensemble in a Drama Series. McLaughlin personally was nominated for the Best Performance in a Digital TV Series or Film – Teen Actor award at the Young Artists Awards as well as for the YoungStars Award at the BET Awards. Resuming the role for the subsequent seasons of "Stranger Things," McLaughlin continued receiving praise for his performance. In 2018, he won the NAACP Image Award in the category of Outstanding Performance by a Youth. He was also nominated for the Favorite Male Actor award at the 2019 Nickelodeon Kids' Choice Awards and for the 2019 Choice Summer TV Actor award at the Teen Choice Awards. The fourth season of "Stranger Things" was delayed by the Covid-19 pandemic and was rescheduled for release in 2022. 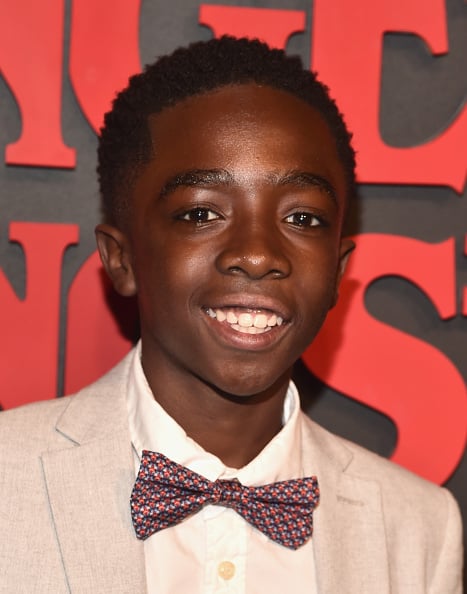 While in "Stranger Things," McLaughlin continued auditioning for other roles. He landed roles in "Blue Bloods" in 2016, three episodes of "The New Edition Story" in 2017, and appeared in an episode of "Lip Sync Battle" in 2017 along with the rest of the cast of "Stranger Things." In 2018, he appeared in "Final Space" and lent his voice to four episodes of "Summer Camp Island" from 2018 to 2021. In 2019, he landed a film role in "High Flying Bird" and another role in "Concrete Cowboy" in 2020 alongside Idris Elba and Jharrel Jerome. The film premiered at the Toronto Film Festival in September of 2020 and was very highly reviewed.

In December of 2020, McLaughlin was included in the Forbes 30 Under 30 Class of 2021 as an honoree in the field of Hollywood and Entertainment.

McLaughlin has been outspoken about promoting self-esteem and body positivity. He spearheaded the social media campaigns, "#EmbraceYourFace" and "#BeYourBiggestFan," both of which were focused on spreading positive messages of self-love and acceptance. In 2020, McLaughlin also took to his platform to encourage people to vote in the 2020 US presidential election.

McLaughlin prefers to keep his personal and dating life private. In 2021, he revealed in an interview that he was single but also confessed he likely would not reveal even if he were in a relationship. Some fans have speculated that he may have at one time had a relationship with onscreen girlfriend, Sadie Sink, though the two have said they are just friends in real life. The two shared their first kiss together, both onscreen and in real life, during the last episode of the second season of "Stranger Things."

Caleb McLaughlin's salary in the second season of Stranger Things was $30,000 per episode. In March 2018 it was revealed that his per episode salary for season three had been bumped to $250,000! There were eight episodes of the third season, so that worked out to around $2 million before taxes and fees. He was paid $2.25 million for the 9 episode fourth season. 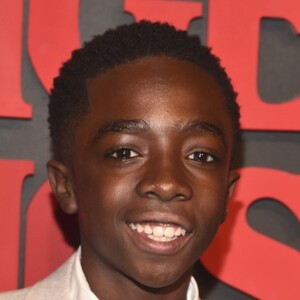