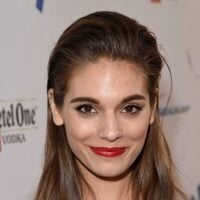 Caitlin Stasey net worth and salary: Caitlin Stasey is an Australian actress who has a net worth of $3 million. Caitlin is probably best-known for appearing on series like "Neighbours", "Reign" and "the Sleepover Club".

Caitlin Stasey was born in Melbourne, Victoria, Australia in May 1990. She is best known for starring as Rachel Kinski in the television series Neighbours from 2005 to 2009. Stasey starred as Francesca "Frankie" Thomas in the TV series The Sleepover Club from 2003 to 2006. She starred as Kenna in the series Reign from 2013 to 2015 and as Claire in the television series Please Like Me from 2013 to 2015. Stasey has starred in the movies Spring Breakdown, Tomorrow, When the War Began, Evidence, All Cheerleaders Die, I, Frankenstein, Chu and Blossom, Lust for Love, and Fear, Inc. Stasey won an IF Award for Best Actress in 2010 for Tomorrow, When the War Began. She was nominated for a British Soap Award in 2006 for Best New Talent for Neighbours.