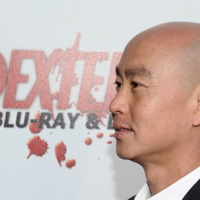 C.S. Lee net worth: Charles S. (Charlie) Lee is a Korean American actor who has a net worth of $2 million dollars. Born December 30, 1971 in Cheongju, South Korea, C.S. Lee is best known for his role on the Showtime drama series Dexter where he plays Vince Masuka, a forensic scientist known for his raunchy sense of humor. He attained a Bachelor of Fine Arts degree while attending Cornish College of Arts, Seattle, Washington, on an acting scholarship, and a Master of Fine Arts degree from Yale University School of Drama, New Haven, Connecticut. While attending Yale University, Lee received the 1988 Carol Dye Acting Award. He was the founder of a New York-based Asian-American theater group called Mellow Yellow Theatre Company. His television credits also include concurrent appearances on the NBC espionage comedy Chuck; a role as Dr. Ba on the HBO series The Sopranos; a deputy in an episode of Monk and a South Korean Submariner in The Unit. Lee also appeared in an award-winning Nextel commercial (Nextel Dance Party)—the office worker holding the boombox. Lee is credited with directing two short films: Crumple (2004) and Cloud (2005). Crumple won the Best Film Award at the 2005 64-Film Shootout in New York City. Between 2008 and 2011, he was nominated for four SAG (Screen Actors Guild) Awards for Outstanding Performance by an Ensemble in a Drama Series. C.S. Lee is married to Lara Cho and enjoys golfing, fishing and camping.