What is C.C.H. Pounder's Net Worth and Salary?

CCH Pounder is an American actress who has a net worth of $6 million. Originally born in British Guiana, Pounder has appeared in a wide range of projects over the years. These include plays, films, TV shows, and much more. Fans may recognize her for portraying Dr. Angela Hicks in the series "ER" from 1994 to 1997. She also landed a recurring role in "The Shield" from 2002 to 2018. Her other notable roles came with shows like "Warehouse 13," "NCIS: New Orleans," and "Sons of Anarchy."

In terms of film work, CCH first got started in the late 70s with a role in "All That Jazz." She then worked on numerous films throughout the 80s, including "Go Tell It on the Mountain," "Prizzi's Honor," and "Bagdad Cafe." In the 90s, she became known for movies such as "Postcards from the Edge," "Psycho IV: The Beginning," "Benny & Joon," "Demon Knight," "Face/Off," and "End of Days." In the 2000s, she appeared in a number of films, including "Avatar." Her more recent film work includes "The Mortal Instruments: City of Bones" and "Godzilla: King of the Monsters."

Outside of her on-screen work, CCH Pounder is an established voice actress, having booked roles in animated projects like "Justice League Unlimited."

Carol Christine Hilaria Pounder was born on December 25th of 1952 in Georgetown, British Guiana. Since her birth, British Guiana has become the independent nation of Guyana. Despite being born in Georgetown, Carol was educated in England. After graduating from secondary school in 1971, Pounder relocated once again – this time settling in United States and attending Ithaca College.

CCH began her acting career in film, booking a role in 1979's "All That Jazz." She then gravitated more towards stage, appearing in a number of off-Broadway and Broadway productions. These included "The Mighty Gents" and "Open Admissions." After experiencing moderate success in New York, Pounder relocated for the third time in her life, this time moving to Los Angeles in 1982. This allowed her to book a role in the film "Bagdad Cafe." Prior to this appearance, Carol booked roles in movies like "Union City," "I'm Dancing As Fast as I Can," and "Prizzi's Honor" throughout the 80s.

During the 80s, Pounder also explored several opportunities in television. Her first major TV role came with "Hill Street Blues," and she appeared in three episodes of this project. She then appeared in television movies such as "Booker" and "Go Tell It on the Mountain." In 1985, Pounder booked roles in two miniseries: "The Atlanta Child Murders" and "If Tomorrow Comes." Towards the latter part of the 80s, she continued with TV films like "Resting Place and "As Summer Dies." During this period, she also made several appearances on shows like "Valerie" and "Cagney & Lacey." 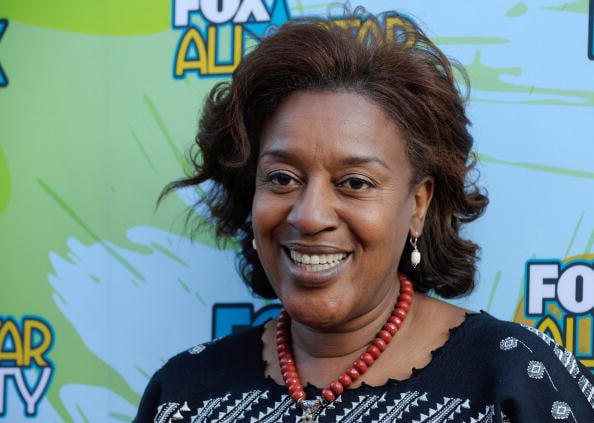 The 90s brought new opportunities in the film world for Pounder. She started the decade with "Postcards from the Edge" before following up with 1992's "The Importance of Being Ernest." Another role came with "Benny & Joon" before she joined the cast  of "Silver" and "Robocop 3." An early voice role in 1996 saw her play the role of The Oracle in "Aladdin and the King of Thieves," and films in the late 90s included "Face/Off," "Race," "End of Days," and "Funny Valentines."

CCH Pounder was even more active in the television world during the 90s. She booked roles in shows like "The Cosby Show," "Birdland," and "The X-Files" before joining the main cast of "ER" in 1994. For the next three years, she would play the role of Dr. Angela Hicks. During this period, Pounder worked on a variety of animated series, including 90s classics like "Biker Mice from Mars," "Gargoyles," and "Batman Beyond."

During the 2000s, Pounder continued to appear in movies such as "Things Behind the Sun," Unchained Memories," "Rain," and "Orphan." In 2009, she played the role of Mo'at in "Avatar," which broke records when it grossed $2.847 billion at the box office on a budget of $237 million. In 2009, CCH also booked a voice role in the direct-to-video movie "Superman/Batman: Public Enemies." This period also saw her book roles in notable shows such as "The West Wing," "The Outer Limits," "The Practice," and "Law & Order: Special Victims Unit." In 2001, she booked the role of Claudette Wyms in "The Shield" and eventually went on to appear in 89 episodes of the series.

Voice roles continued with "Justice League Unlimited" and other animated projects throughout the 2000s. Towards the latter part of the 2000s, she booked notable roles in "The No. 1 Ladies' Detective Agency" and "Brothers." Her more recent TV roles came with "Sons of Anarchy," "NCIS," "NCIS: New Orleans," and "The Good Fight." In the 2010s, she appeared in movies such as "Godzilla: King of Monsters." It was also reported that she would be appearing in "Avatar 2" and "Avatar 3," reprising her role as Mo'at.

In 2008, it was reported that Pounder had listed a home in Los Angeles for $1.25 million. The residence features 3,284 square feet of living space and three bedrooms. Described as a "mini mansion," the home also boasts a fireplace, a cook's kitchen, and a lush backyard. The home was originally built in 1915, and was purchased by Pounder and her late husband back in 2004 for $602,000.

In 2019, it was reported that the actress had restored a home in Faubourg, St. John that was originally built in 1925. When she took ownership of the property, it was suffering from termite damage and a broken roof. She renovated the home extensively and added some of her prized art collection to the walls. Pounder has apparently restored four separate historic home in the Los Angeles area, including a 1912 building that had once served as a town hall. 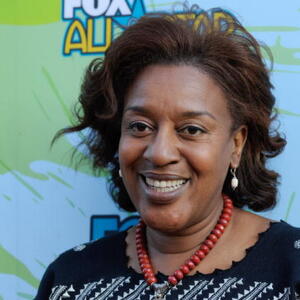