Butch Patrick net worth: Butch Patrick is a former American child actor who has a net worth of $250 thousand. Butch Patrick was born in Los Angeles, California in August 1953. He is best known for playing the role of Eddie Munster of the TV series The Munsters. He made his first appearances in 1961 in the TV series The Detectives and the movie The Two Little Bears. In 1963 Patrick starred in the TV series The Real McCoys as Greg. He starred as Mark in the series Lidsville in 1971 and had a recurring role as Gordon Dearing in My Three Sons from 1962 to 1971. His best known role came starring as Eddie Munster in the TV series The Munsters from 1964 to 1966. Later Patrick returned to acting and starred as Eddie Munster in the TV series Macabre Theatre in 2002. He starred in the movies Dickie Roberts: Former Child Star, Frankenstein vs. the Creature from Blood Cove, Kitaro's Graveyard Gang, It Came from Trafalgar, Soupernatural, Young Blood: Evil Intentions, and Zombie Dream. In 2010 it was announced Butch would marry Munsters fan Donna McCall but the pair broke up and Patrick entered a drug rehabilitation facility. In 2011 he was diagnosed with prostate cancer. 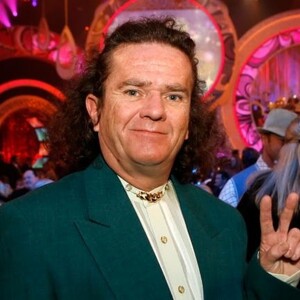