Early Life: Busy Philipps was born Elizabeth Jean Philipps on June 25, 1979, in Oak Park, Illinois, a Chicago suburb. Philipps' babysitter gave her the nickname "Busy" as a child. Busy became interested in acting in elementary school and performed in school plays. Philipps attended Chaparral High School in Scottsdale, Arizona, then she enrolled at Loyola Marymount University. Busy attended Loyola Marymount at the same time as actor Colin Hanks and her future "Freaks and Geeks" co-star Linda Cardellini, and she dated Hanks after college.

Career: When Philipps was in high school, she appeared at toy fairs as a real-life Barbie. Actress Sharon Stone saw Busy at a toy convention and told her that she was talented and would be a star someday. Philipps made her TV debut on "Saving Graces" in 1999, and that year she also began playing Kim Kelly on NBC's "Freaks and Geeks," which was created by Paul Feig and executive produced by Judd Apatow. The cult classic also starred Linda Cardellini, James Franco, Seth Rogen, and Jason Segel, and it aired 18 episodes. In 2000, Busy appeared in the film "The Smokers" and guest-starred on "Malcolm in the Middle," followed by the 2001 television films "Anatomy of a Hate Crime" and "Spring Break Lawyer." From 2001 to 2003, she played Audrey Liddell on 46 episodes of The WB series "Dawson's Creek," and she met her best friend, Michelle Williams, on the set. Philipps appeared in the films "Home Room" (2002), "Mummy an' the Armadillo" (2004), and "White Chicks" (2004) and the TV movies "Criminology 101" (2003) and "Foster Hall" (2004), and she guest-starred on Apatow's Fox series "Undeclared" in 2002.

Philipps co-starred with Jason Bateman, Rebecca Hall, and Joel Edgerton in the 2015 film "The Gift," and she appeared in three episodes of "Drunk History" between 2014 and 2018. In 2016, she guest-starred on "New Girl," "Angie Tribeca," and "Bajillion Dollar Propertie$," and began playing Gale Liptrapp on Danny McBride's HBO series "Vice Principals." From 2018 to 2019, Busy guest-starred on two episodes of "Unbreakable Kimmy Schmidt" and hosted "Busy Tonight," which aired 105 episodes. Philipps appeared in the 2018 film "I Feel Pretty" alongside Amy Schumer, Michelle Williams, Rory Scovel, and Aidy Bryant, and in 2021, she guest-starred on "Search Party" and began starring as Summer Dutkowsky on "Girls5eva," which was renewed for a second season a few weeks after it premiered on Peacock. 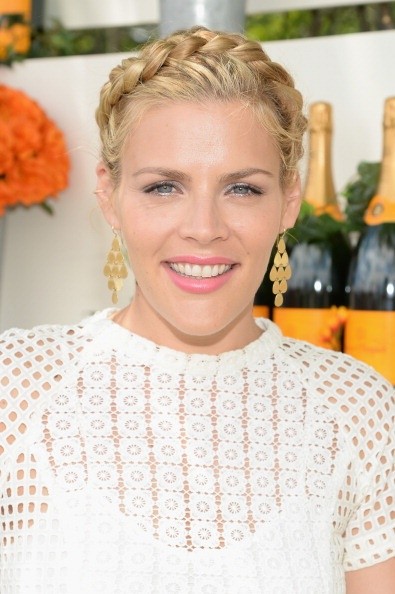 Personal Life: Busy married screenwriter Marc Silverstein on June 16, 2007, and they have two children, Birdie  (born August 13, 2008) and Cricket (born July 2, 2013). Birdie is nonbinary and uses they/them pronouns, and on her podcast, "Busy Philipps Is Doing Her Best," Philipps revealed that Birdie came out as gay when they were 10 years old. In 2019, after the Alabama Legislature passed the "Human Life Protection Act," Busy tweeted, "1 in 4 women have had an abortion. Many people think they don't know someone who has, but #youknowme. So let's do this: if you are also the 1 in 4, let's share it and start to end the shame. Use #youknowme and share your truth." A week earlier, Philipps had revealed that she had an abortion when she was 15. Busy later spoke at a House Judiciary subcommittee hearing called " Threats to Reproductive Rights in America," stating, "I am a human being that deserves autonomy in this country that calls itself free, and choices that a human being makes about their own bodies should not be legislated by strangers who can't possibly know or understand each individual's circumstances or beliefs."

Awards and Nominations: In 2010, "Entertainment Weekly" named Busy Best Supporting Actress in a Comedy Series for "Cougar Town," and in 2011, the series earned her a Critics Choice Television Award in the same category. She also received a Gold Derby Award nomination for Comedy Supporting Actress for the show, and in 2002, she earned a Teen Choice Award nomination for TV – Choice Sidekick for "Dawson's Creek." 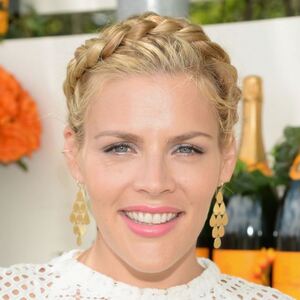