How much is Burt Young Worth?

Burt Young Net Worth: Burt Young is an American actor, author and painter who has a net worth of $2 million dollars. Burt Young has been present in the arts and entertainment industry since 1970, and he is best known for his appearances in the popular Rocky films. Born in Queens, New York on April 30, 1940, Young's birth name is Gerald Tommaso DeLouise. He studied at the Actors Studio under Lee Strasberg and currently lives in Port Washington, New York. Young has been typecast as several different working class Italian-American characters, including Paulie in the Rocky series. His television roles have proven to be of a similar background. Most recently, he has been working on a short movie project, "Tom In America" (2014). Along with television and film, Young is also known for his painting and writing, which has brought him international exposure and success. He has designed several book covers for flourishing writers such as Gabriele Tinti and has also written screenplays and novels. As for his two best known stage plays, they are "SOS" and "A Letter to Alicia", among others. Young had also participated in the 1984 New York City Marathon. He has one daughter, Anne Morea, and was married to his wife, Gloria, until her death in 1974. 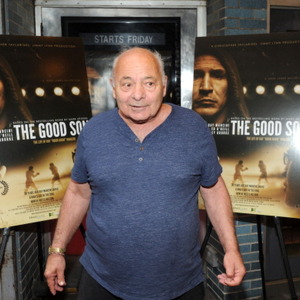