Bug Hall Net Worth: Bug Hall is an American actor and musician who has a net worth of $250 thousand. Born Brandon Hall in Fort Worth, Texas, in 1985, Bug Hall earned his nickname when he was a kid. He started acting as a child, making his debut in 1994 as Alfalfa Switzer in 1994's "The Little Rascals".

Along with his cast mates, Hall won a Best Performance by a Youth Ensemble in a Motion Picture at the Young Artist Awards. He appeared in "Tad" and "The Big Green" a year later, and "The Stupids" and "The Munster's Scary Little Christmas" a year after that. Hall played Adam Szalinski in "Honey, We Shrunk Ourselves" and Scout Bozell in "Safety Patrol". He starred in the 2002 Disney Channel Original Movie "Get a Clue" as Jack Downey alongside Lindsay Lohan. Hall's other TV and film credits include "The King and Queen of Moonlight Bay", "CSI: Crime Scene Investigation", "Strong Medicine", "Cold Case", "The O.C.", "CSI: Miami", "Justice", "American Pie Presents: The Book of Love", "Skipped Parts", "Providence", "Arizona Summer", "Kelly Kelly", "Footsteps", "Fortress", "The Day the Earth Stopped", "Camouflage", "Saving Grace", "Boarding School 3D", "Nikita", "Criminal Minds", "90210", "Arachnoquake", "Castle", "Subterranea", and "The Little Rascals Save the Day". 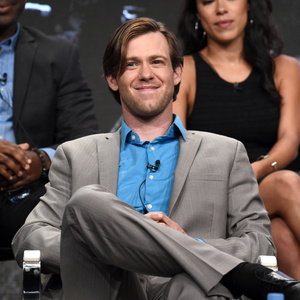