Buck Taylor net worth: Buck Taylor is an American actor and painter who has a net worth of $5 million. Buck Taylor was born in Hollywood, Los Angeles, California in May 1938. He has more than 110 acting credits to his name and starred as Newly on the television series Gunsmoke from 1967 to 1975. Taylor has painted the portrait of Gunsmoke co-star James Arness and is known for his works depicting the American West. Taylor creates posters for many rodeos in Texas. He has appeared in many films including Johnny Shiloh, Dark Before Dawn, Big Bad John, Payback, Gettysburg, Tombstone, Wild Wild West, Comanche, Jericho, Grand Champion, Gods and Generals, The Alamo, The Wendell Baker Story, Truce, Miracle at Sage Creek, The Mist, Cowboys & Aliens, and more. Taylor won Golden Boot Awards for Gunsmoke in 1972 and Truce in 2007. He also won a Golden Boot Award in 1993. He was married to actress Judy Nugent from 1961 to 1983 and remarried in 1995. 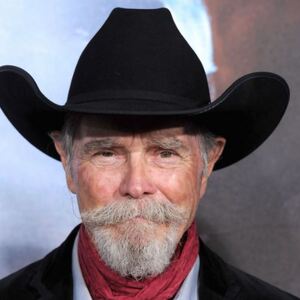