Buck Henry net worth: Buck Henry was an American actor, writer, and director who had a net worth of $5 million at the time of his death. Buck Henry died on January 8, 2020 at the age of 89.

Buck Henry was born in New York City, New York in December 1930. He took part in an elaborate hoax by comedian Alan Abel and pretended to be the president of the Society for Indecency to Naked Animals named G. Clifford Prout from 1959 to 1962. As an actor Henry starred in the television series The New Steve Allen Show in 1961 and The New Show in 1984. He also starred in the movies The Troublemaker, The Graduate, Catch-22, The Man Who Fell to Earth, Heaven Can Wait, Gloria, Rude Awakening, The Linguini Incident, The Player, Short Cuts, Grumpy Old Men, Town and Country, Serendipity, and The Last Shot. Henry has also written for the films The Troublemaker, The Graduate, Candy, Catch-22, The Owl and the Pussycat, What's Up, Doc?, The Day of the Dolphin, Heaven Can Wait, First Family, Protocol, To Die For, Town and Country, and The Humbling. He won a Golden Globe Award for Short Cuts in 1994 and a Primetime Emmy Award in 1967 for Get Smart. Henry has been nominated for Academy Awards for Best Writing for The Graduate in 1968 and Best Director for Heaven Can Wait in 1979. 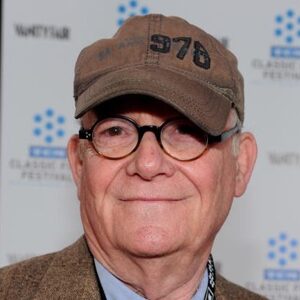