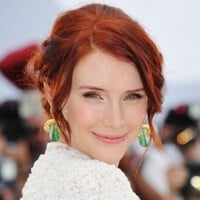 What is Bryce Dallas Howard's Net Worth?

Bryce Dallas Howard is an actress and director who is the eldest daughter of filmmaker Ron Howard. Bryce Dallas Howard has a net worth of $25 million. She is best known for her performances in such films as "The Village," "Spider-Man 3," "The Help," and "Jurassic World." Beyond acting, Howard directed the 2019 documentary "Dads," as well as episodes of the Disney+ series "The Mandalorian" and "The Book of Boba Fett."

Bryce Dallas Howard was born on March 2, 1981 in Los Angeles, California to filmmaker and actor Ron and writer Cheryl. She has two younger sisters, twins Paige and Jocelyn, as well as a younger brother named Reed. Howard and her siblings were all raised away from the show business world, with their parents not permitting them access to television. Instead, they were encouraged to play outdoors and take up other hobbies. However, at the age of seven, Howard was allowed to be an extra in films by her father. She would go on to appear in his films "Parenthood," "Apollo 13," "How the Grinch Stole Christmas," and "A Beautiful Mind."

Howard was raised in Westchester County, New York and on a farm in Greenwich, Connecticut. She went to Stagedoor Manor performing arts camp, and attended Greenwich Country Day School. Howard then went to Byram Hills High School, graduating in 1999. She subsequently enrolled at New York University's Tisch School of the Arts, and took classes at the Stella Adler Studio of Acting and the Experimental Theatre Wing. Among her other education credentials, Howard is an alumna of the Steppenwolf Theatre Company's School in Chicago and the Actors Center in New York.

Early on in her acting career, Howard appeared in several theatrical productions in New York, such as "House & Garden," "Tartuffe," and Shakespeare's "As You Like It." Her performance in the latter caught the attention of filmmaker M. Night Shyamalan, who subsequently cast Howard in his 2004 fantasy thriller "The Village." In the film, she plays the lead female character Ivy, the blind daughter of the village chief who attempts to venture into the forbidden outside world.

Next, Howard starred in Lars von Trier's drama "Manderlay," a sequel to the director's "Dogville" in which she replaced Nicole Kidman in the role of Grace Margaret Mulligan. In 2006, Howard reunited with Shyamalan for the supernatural thriller "Lady in the Water," and reprised her stage role as Rosalind in Kenneth Branagh's film adaptation of "As You Like It."

Howard rose to international stardom in 2007, when she played Gwen Stacy in the superhero blockbuster "Spider-Man 3." The next year, she starred in the independent film "The Loss of a Teardrop Diamond." Howard returned to blockbuster Hollywood filmmaking with 2009's science-fiction action film "Terminator Salvation," in which she played Katherine Brewster Connor opposite Christian Bale's John Connor. In 2010, Howard had further major roles in "The Twilight Saga: Eclipse" and the Clint Eastwood fantasy disaster drama "Hereafter." 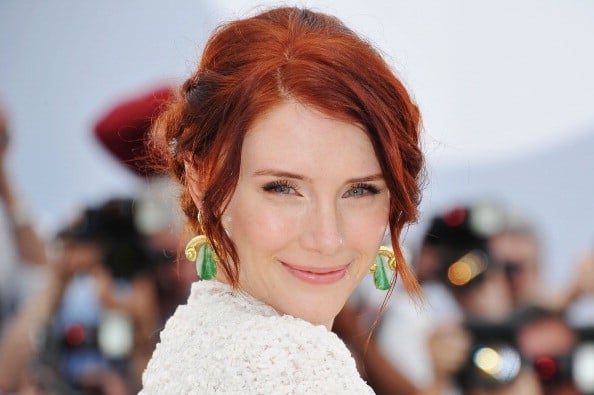 In 2011, Howard had significant supporting roles in "The Help," an adaptation of Kathryn Stockett's novel, and in the dramedy "50/50." In the former, she plays Hilly Holbrook, a racist socialite leading the Junior League chapter in 1963 Mississippi. The film was a major critical and commercial success; moreover, as part of its ensemble cast, Howard won the Screen Actors Guild Award for Outstanding Performance by a Cast in a Motion Picture. Following this, the actress had one of her biggest roles yet in the blockbuster sequel "Jurassic World," in which she starred opposite Chris Pratt as the operations manager of the titular dinosaur park.

Howard reprised her role in the sequels "Jurassic World: Fallen Kingdom" and "Jurassic World: Dominion." Among her other credits are the 2016 remake of "Pete's Dragon," the crime drama "Gold," and the musical biopic "Rocketman," in which she portrayed the mother of Elton John.

On television, Howard directed a segment of the 2013 Lifetime anthology series "Call Me Crazy: A Five Film." A few years later, she gave one of her most acclaimed performances in the "Nosedive" episode of the science-fiction anthology series "Black Mirror," playing a woman in the near future who is driven mad by a system that assigns social ratings to every individual. Howard was nominated for a Screen Actors Guild Award for her performance. Later, in 2019 and 2020, Howard stepped behind the camera to direct multiple episodes of the Disney+ "Star Wars" series "The Mandalorian." She served as director again on the Disney+ series "The Book of Boba Fett."

While she was a student at New York University, Howard met actor Seth Gabel. The pair dated for five years before getting married in June of 2006. Only a week after their wedding, Howard learned she was pregnant with their first child; she subsequently gave birth to a son named Theodore. In 2012, the couple had another child, a daughter named Beatrice. In 2019, Howard and her family moved from Santa Monica, California to an eco-conscious home in upstate New York that had previously been the residence of actor William Hurt.