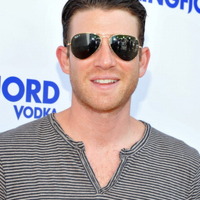 Bryan Greenberg net worth and salary: Bryan Greenberg is a musician and actor of television and film who has a net worth of $3 million. Bryan Greenberg has earned his net worth through his acting roles in television, such as the role of Jake Jagielski in One Tree Hill, Nick Garrett in October Road, and the HBO series, How to Make it in America, where he starred as Ben Epstein. He is also known for his appearances in the television series, The Chronicle, Providence, Law and Order and many others. He has also starred in films such as Bride Wars, Prime, and The Perfect Score, which was his first feature film. He has also shown his talent as a musician and singer with the release of his two albums, Waiting for Now and We Don't Have Forever. Many of his songs have been used in some of the television series he has appeared on, such as One Tree Hill and in the film Nobel Son. Bryan Greenberg was born in Omaha, Nebraska, in 1978, to parents Denny and Carl Greenberg. He has one sibling, a younger sister Becca. He attended Beth El Synagogue and at the age of twelve moved with his family to St. Louis, Missouri and continued his education at Parkway Central High School in Chesterfield, Missouri. He later earned a Bachelor of Arts Degree at New York University and began acting in many theatre productions. Shortly after appearing in the television show, Law and Order, he was offered a part in the film Civil Action starring actor John Travolta and Robert Duvall. In January of 2011, Greenberg and Kid Cudi released their song, You Can Run, in which both performed with vocals and guitar.