Bryan Batt Net Worth: Bryan Batt is an American actor who has a net worth of $3 million. Born in New Orleans, Louisiana, in 1963, Bryan Batt earned his degree from Tulane University near his hometown. Batt has appeared in dozens of movies, plays, and TV shows, and is perhaps best known for playing the role of Salvatore Romano on the hit AMC series "Mad Men".

Batt earned two SAG Awards for Outstanding Performance by an Ensemble in a Drama Series in both 2008 and 2009 for his work on the show. His other TV credits include "Guess Who's Coming to Decorate", "Rescue Me", "Guiding Light", "The Cosby Show", "Law & Order: Criminal Intent", "Ugly Betty", and "As the World Turns". Batt's film career includes appearances in "Kiss Me, Guido", "Hit and Runaway", "The Last of Robin Hood", "Funny People", "Parkland", and "12 Years a Slave". He has had an extensive Broadway career with parts in "La Cage aux Folles", "Beauty and the Beast", "Seussical", "Saturday Night Fever", "The Scarlet Pimpernel", "Joseph and the Amazing Technicolor Dreamcoat", and "Cats". Batt is the author of the books "She Ain't Heavy, She's My Mother" (2010) and "Big, Easy, Style" (2011). He has been with his partner, event planner Tom Cianfichi, for more than two decades. 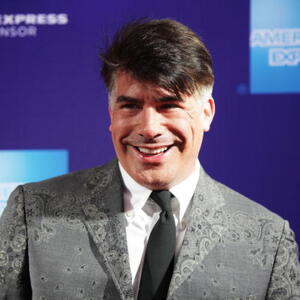