Bruce Gray Net Worth: Bruce Gray is a Puerto Rican-born Canadian actor who has a net worth of $2 million. Bruce Gray was born September 7, 1936 in San Juan, Puerto Rico. He is probably best known to Canadian audiences for his portrayal of investment banker Adam Cunningham on the Global series Traders; as the father of the groom in My Big Fat Greek Wedding; for his recurring role of Judge J.E.

Reilly on the soap opera Passions and as the ghost of Joe's father on the hit television show Medium. His appearances in American media tend to be in the genre of science fiction. He portrayed Sky Marshall Dienes in the movie version of Starship Troopers, an interrogator of Captain John Sheridan on Babylon 5; as legendary Vulcan philosopher Surak on Star Trek Enterprise and Supreme Court Justice Anthony Kennedy in the 2008 film Recount. He appeared several times on Star Trek: The Next Generation and Star Trek: Deep Space Nine as Admiral Chekote. He also had a guest-starring role on the popular cable television series Queer as Folk, portraying gay millionaire George Schickel. His other notable roles include Is It Just Me?, Anatomy of Hope, Recount, Evan Almighty, Live Once, Die Twice, Cake, Chasing Freedom, Dark Waters, Wall of Secrets, S.W.A.T., Cube 2: Hypercube, Torso: The Evelyn Dick Story, among many others. Bruce Gray was also the face of the leader of a fictitious anti-Amsterdam organization in a print and internet advertising campaign for Amstel beer. In 1998 he won a Gemini Award for Traders. 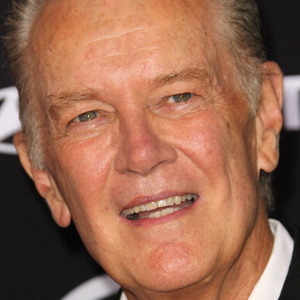