Bruce Dern Net Worth and Salary: Bruce Dern is an American actor who has a net worth of $12 million. Dern is probably best known for playing villains, and he is famous for his "unstable" acting style. He was nominated for an Academy Award after his performance in 1978's "Coming Home," and once again in 2013 for "Nebraska." Dern was quite active during the 70s, and he appeared in other films such as "Silent Running," "The King of Marvin Gardens," "The Cowboys," "Posse," "Family Plot," and "Black Sunday."

Bruce continued his acting career throughout the 80s with films like "Tattoo," and his career went through something of a resurgence in the 2000s. Modern audiences might recognize him from films like "The Hateful Eight," "Once Upon a Time in Hollywood," "Monster," and "The Artist's Wife." Along with his ex-wife Diane Ladd and his daughter Laura Dern, Bruce has an adjoining star on the Hollywood Walk of Fame.

Early Life and Family: Bruce MacLeish Dern was born on June 4th of 1936 in Chicago, Illinois. Raised by attorney John Dern in Kenilworth, Illinois, Bruce became a talented track star in high school and even tried to qualify for the United States Olympic trials in 1956 as a runner. After graduating from high school, Dern attended the University of Pennsylvania.

Bruce's family was quite well-connected in the political sphere. His grandfather acted as the governor of Utah and the Secretary of War. His godfather, Adlai Stevenson II, was the governor of Illinois and was nominated twice for the officer of the President of the United States. Bruce's great-grandfather helped establish the Carson, Pirie, and Scott stores.

Career: Bruce began his acting career with stage work in Philadelphia before heading to Hollywood. His first film role came in 1960 with "Wild River," and he subsequently booked more substantial roles in films like "Marnie" and "Hang 'Em High." Dern developed a reputation for appearing in Westerns, and some of his most notable roles came in films like "Support Your Local Sheriff!" and "The Cowboys." It was during this period that he became famous for playing villains.

However, Dern also showed his range in "Silent Running," a film that had him playing a sensitive ecologist. Throughout the 70s, he starred in films like "The Great Gatsby," "Posse," and "Family Plot," the latter of which was Hitchcock's last movie. Another villainous role came with "Black Sunday," and he gained an Oscar nomination for Best Supporting Actor with his performance in "Tattoo." More awards and nominations soon followed for films like "That Championship Season" and "Nebraska," and the latter film earned him a nomination for Best Actor at the Oscars.

In the 2010s, Dern appeared in Quentin Tarantino films like "Django Unchained," "The Hateful Eight," and "Once Upon a Time in Hollywood." During this period, he also booked roles in notable films like "White Boy Rick."

Relationships: In 1957, Bruce Dern married Marie Dawn Pierce, but the marriage only lasted for two years. Bruce subsequently married actress Diane Ladd in 1960. The pair also had a child together in 1960, although she passed away after a tragic swimming accident at 18 months of age. In 1967, the couple had another daughter, Laura Dern, who would later go on to become an incredibly successful actress in her own right. Two years after Laura's birth, Bruce and Diane divorced. Dern then married Andrea Beckett. 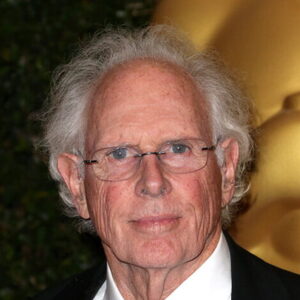