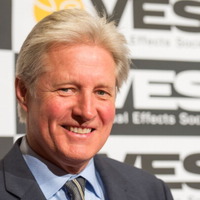 Bruce Boxleitner net worth: Bruce Boxleitner is an American actor who has a net worth of $3 million dollars. Born in Elgin, Illinois, Bruce Boxleitner graduated from the Drama program at the Goodman Theater at the Art Institute of Chicago. He began working on film and television projects in the early 70s, and would go on to play a number of iconic roles. His television projects have included, "How the West Was Won", "Scarecrow and Mrs. King", "Babylon 5", and "The Gambler". His film projects have included "Tron", "The Secret", "Free Fall", "Gods and Generals", "Tron: Legacy", and the upcoming, "Guardians of Luna". In addition to his film and television work, he served as the face of Estee Lauder's "Lauder for Men" during the late 80s, and he has also published two science fiction novels, "Frontier Earth" and "Searcher'. He also has a busy voiceover career, and has provided voices for multiple videogames, including all those set in the "Tron" universe, and for various audiobooks. Bruce was married to actress Kathryn Holcomb from 1977 to 1987 and then to actress Melissa Gilbert from 1995 to 2011.