Brooklyn Sudano net worth: Brooklyn Sudano is an American actress, singer, and dancer who has a net worth of $3 million. Brooklyn Sudano was born in Los Angeles, California in January 1981. Her first acting role came starring as Vanessa Scott on the television series My Wife and Kids from 2003 to 2005. In 2017 she starred as Asha Flynn on the TV series Taken.

Sudan has had recurring roles on the TV series Cuts, Reed Between the Lines, 11.22.63, and Ballers. She has appeared in the movies Rain, 5 Star Day, and Crew 2 Crew. Brooklyn Sudano has also appeared in episodes of the TV series CSI: NY, Fear Itself, 90210, Without a Trace, The Unit, Friends with Benefits, Body of Proof, and more. She is the daughter of disco singer Donna Summer and songwriter Bruce Sudano. Brooklyn Sudano is also the older sister of the music duo Johnnyswim and was featured on her mother's song "Brooklyn". 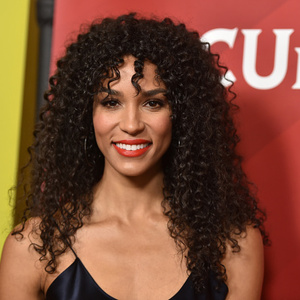