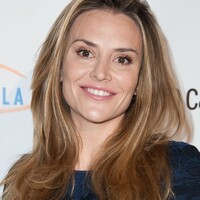 What Is Brooke Mueller's Net Worth?

Brooke Mueller is an American actress and media personality who has a net worth of $500 thousand. Brooke Mueller is best known for being the ex-wife of volatile actor Charlie Sheen. Brooke has appeared in films such as "Witchouse" (1999) and "Super Heroes: The Movie" (2021), and she was a special correspondent on the syndicated entertainment news show "Extra." In 2011, Mueller was a cast member on the Oxygen reality series "The World According to Paris."

Brooke Mueller was born Brooke Jaye Mueller on August 19, 1977, in Ellenville, New York. She grew up in upstate New York with a Jewish mother and Lutheran father. Brooke's father, Allen, was a high school teacher, police officer, and real-estate broker, and sadly, Mueller lost him to a motorcycle accident when she was 12 years old. Brooke's mother, Moira, married billionaire Kenneth Wolofsky when Mueller was 14, and the family moved to Florida. Moira later married singer/actor Jon Fiore. Brooke was on the cheerleading squad at Palm Beach's Benjamin School, and she attended Pepperdine University in California. Mueller has a brother named Scott and a half-sister named Sydney. 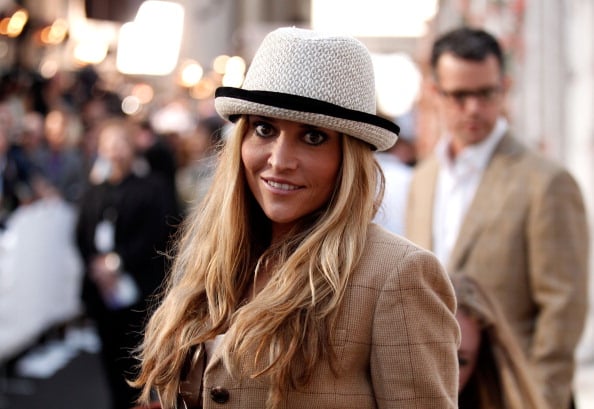 After college, Brooke began investing in real estate, buying and selling property in Palm Beach and L.A. In 2012, she paid $3 million for a 9,200 square foot San Fernando Valley home owned by former Spice Girl Mel B, and after refurbishing the four-bedroom estate, she sold it for a $500,000 profit. Mueller previously bought a home with her mother for $1.525 million, and they sold it for $2.317 million two years later.

Brooke made her acting debut in a 1998 episode of the USA Network teen sitcom "USA High," and her first film was the 1999 supernatural horror movie "Witchouse." In 2004, she had an uncredited role in the psychological drama "A Love Song for Bobby Long," which starred Scarlett Johansson and John Travolta and earned a Best Film nomination at the Venice Film Festival. Next, Mueller appeared in the 2008 comedy "Strictly Sexual," in which she was credited as Brooke Allen. In 2011, she starred on her friend Paris Hilton's Oxygen reality show "The World According to Paris," which ran for eight episodes. Hilton said of Mueller's inclusion in the series "Brooke's an open book. She's not afraid to show who she is. She's not afraid to tell the truth. And as a producer of the show, I love that for TV. I love someone who's not afraid to show everything." In 2021, Brooke played Luvinterest in "Super Heroes: The Movie."

In 2006, Brooke was introduced to actor Charlie Sheen by a mutual friend, actress Rebecca Gayheart. Brooke and Charlie became engaged in 2007, and they married on May 30, 2008. The couple welcomed twin sons Max and Bob on March 14, 2009. On Christmas Day in 2009, Sheen was arrested after he reportedly attacked Mueller when she asked for a divorce. According to arrest documents, Charlie straddled Brooke and held her down, saying, "You better be in fear. If you tell anybody, I'll kill you. I have ex-police I can hire who know how to get the job done and they won't leave any trace." Sheen and Mueller filed for divorce in November 2010, and in March 2011, the twins were removed from Charlie's home after Brooke filed a restraining order against him. Their divorce was finalized in May 2011, and the settlement dictated that Sheen would pay Mueller $750,000 (as agreed upon in their prenuptial agreement) as well as $55,000 per month for child support, but in April 2016, Brooke asked a Los Angeles court to intervene because Charlie was $89,000 behind in his child support payments.

In 1996, Brooke was arrested for DUI in Palm Beach, and five years later, she was arrested in Miami-Dade County for cocaine possession. In 2011, she attended an outpatient rehab program, and in May 2013, the Department of Children and Family Services removed Bob and Max from Mueller's home due her drug use. Brooke subsequently entered rehab again, and Sheen's second ex-wife, actress Denise Richards, initially took the twins in, though they later went to live with Mueller's brother. In late 2014, the court returned full custody of Max and Bob to Brooke. In November 2016, Mueller entered a Salt Lake City bar, barefoot and with the twins and their nanny in tow. Police later began searching for them, and after finding them safe, Brooke was evaluated at a local hospital. A source told "People" magazine, "Brooke went off of her medications. She is being treated for the issue now."

In July 2018, Mueller was caught on video smoking crystal meth, and the video surfaced online just over a year later. Brooke then sought treatment at an inpatient trauma rehab center, and her mother and stepfather took care of the twins. In 2010, Mueller was rushed to the hospital with a 105-degree fever a few days after she underwent surgery for an impacted wisdom tooth. While in the ICU, Brooke was diagnosed with pneumonia and infected kidneys. Mueller's mother told "People" magazine, "She waited too long to get her impacted wisdom tooth removed and the infection has spread all over. It is in her bloodstream."