Brooke D'Orsay net worth: Brooke D'Orsay is a Canadian actress who has a net worth of $3 million. Brooke D'Orsay was born in Toronto, Ontario, Canada in February 1982. From 2006 to 2008 she starred as Heather Hanson in the television series Happy Hour. From 2004 to 2010 D'Orsay starred as Caitlin Cooke in the TV series 6Teen.

From 2009 to 2010 she starred as Sasha in the series Gary Unmarried and from 2009 to 2011 she starred as Deb Dobkins in the television series Drop Dead Diva. From 2007 to 2014 D'Orsay had a recurring role in the TV series Two and a Half Men. Since 2010 she has starred as Paige Collins in the series Royal Pains. D'Orsay has starred in the movies The Republic of Love, Harold & Kumar Go to White Castle, King's Random, and It's a Boy Girl Thing. In 2008 she was nominated for a Gemini Award for 6Teen. 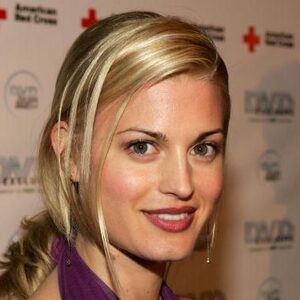