Brittney Powell net worth and salary: Brittney Powell is a German-American actress who has a net worth of $100 thousand. Brittney Powell was born in Wurzburg, West Germany in March 1975. In 1997 she starred as Beth Hooper on the television series Pacific Palisades. From 2002 to 2003 Powell starred as Summer Holloway on the soap opera General Hospital.

In 2009 she starred as Dr. Randy Minki on the TV series Safety Geeks: SVI. She first appeared in Playboy: Girls of Spring Break in 1991 and then went on to star in movies including Airborne, The Unborn II, Dragonworld, That Thing You Do!, and Fled. Brittney Powell has also appeared in episodes of the TV series Harry and the Hendersons, California Dreams, Saved by the Bell: The College Years, Weird Science, Saved by the Bell: The New Class, Beverly Hills, 90210, Xana: Warrior Princess, and more. Powell was in a relationship with actor Verne Troyer from 2007 until his passing in 2018. 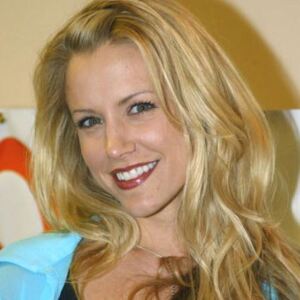