How much is Brittany Murphy Worth?

Brittany Murphy Net Worth: Brittany Murphy was an American actress and singer who had a net worth of $10 million dollars at the time of her death in 2009. She became a mainstream star in the mid-90s after appearing in films like "Clueless." Murphy then focused more on independent films like "Freeway" and "Bongwater" before making her Broadway stage debut in "A View from the Bridge." In the late 90s, she returned to mainstream films with "Girl, Interrupted" and "Drop Dead Gorgeous."

Throughout the early 2000s, Murphy continued her impressive film career with starring roles in films like "Don't Say a Word," "8 Mile," "Riding in Cars With Boys," "Spun," "Just Married," "Uptown Girls," and "Sin City." She also became an accomplished voice actress during this period, landing roles in the film "Happy Feet" and the animated series "King of the Hill." Murphy passed away under strange circumstances in 2009, and her final film was "Something Wicked," released in 2014.

Early Life: Brittany Anne Bertolotti was born on November 10th of 1977 in Atlanta, Georgia. At the age of two, her parents divorced and she was subsequently raised by her mother in Edison, New Jersey in a Baptist household alongside two half-brothers and a half-sister. Even before Brittany entered high school, it was clear that she was destined for a future career in the entertainment industry. This was so clear, in fact, that her mother relocated the entire family to Los Angeles in 1991 so that her daughter could pursue this future career.Murphy actually asked her mother if they could move to Los Angeles to help her career, and her mother agreed. Because of the support she received from her mother during this early period, Brittany later stated that she was one of the biggest factors in her success, and that she "always believed in her."

Career: From the age of four, Brittany was receiving professional acting, singing, and dancing training in New Jersey. At the age of 13, she landed her first role in in the series "Drexell's Class." A number of additional TV roles soon followed with shows like "Blossom, "Murder One," and "Frasier." She also landed recurring roles in shows like "Boy Meets World" and "Sister, Sister."

In 1995, Murphy's breakthrough role came with the release of "Clueless." After a few more independent films, she followed up with "Drop Dead Gorgeous" before landing a voice acting role in "King of the Hill." During the 2000s, she appeared in movies like "Don't Say a Word," "Just Married," "Little Black Book," and "Spun." She also continued her voice acting career with a role in the animated film "Happy Feet" during this period. After a few more high-profile films during the 2000s, her untimely death ended her career in 2009. 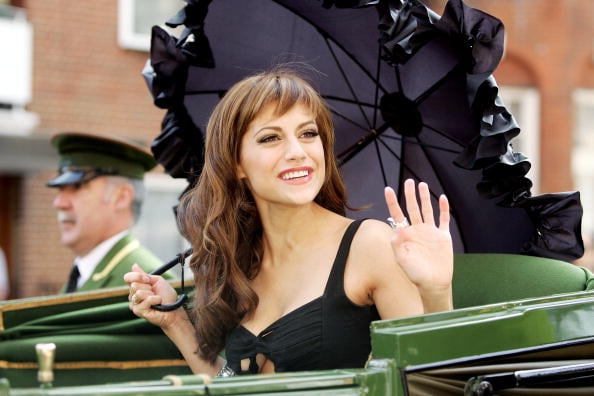 Relationships: Although Murphy's first high-profile relationship was with Ashton Kutcher in 2002, she dated a number of other individuals within the entertainment industry over the years. She was once engaged to a talent manager named Jeff Kwatinetz, and she later became engaged to a production assistant named Joe Macaluso. In the end, she ended up marrying British screenwriter Simon Monjack in 2007. The pair subsequently lived together in a Los Angeles mansion for the last few years of their lives.

Passing: On December 20th of 2009, Brittany reportedly collapsed in her home in Los Angeles. The authorities were called to the scene, and firefighters attempted to resuscitate her. Unfortunately, she passed away a few hours later after being transported to a nearby hospital. Her official cause of death was cardiac arrest.

An autopsy was conducted to determine the underlying cause of her passing, but coroners came to the conclusion that her death was from natural causes. That being said, the official cause of death was listed as "deferred" on her death certificate. Months later, the authorities announced that her primary cause of death was pneumonia. This was exacerbated by anemia and drug intoxication. It was later determined that Brittany was taking a wide range of prescription and over-the-counter medications prior to her death. The authorities explained that the combination of these drugs may have led to adverse reactions, although they stated that she was not taking the drugs recreationally; but rather to treat a cold.

Although the issue of her death seemed to have been cleared up, her surviving husband Simon Monjack was later found dead at the same home, under very similar circumstances. He too apparently passed away due to pneumonia and anemia. Immediately, people started to wonder whether there was something inside the house that had caused the deaths, such as mold. But this was later ruled out by the coroners.

However, Brittany's mother later stated that toxic mold was indeed the underlying cause of both deaths, and she subsequently filed a lawsuit against the builder of the home. To make matters even more mysterious, Murphy's father later came forward with an alleged toxicology report that proved that his daughter had been "intentionally poisoned." The claims regarding toxic mold and poisoning have never been officially verified.

Real Estate: In June 2003, Brittany paid $3.85 million for a home in Los Angeles, California. She bought the home from Britney Spears. Years later, both Brittany and Simon Monjack would be found dead in this very same home. Britanny's mother Sharon Murphy attempted to sell the home a few months after Monjack's death for $7.25 million. In July of 2011, she successfully sold it for $2.7 million. This was seen as a hard sell, mostly because the home had earned a reputation for being "haunted" after its owner's untimely death.

Years later, a developer eventually acquired and demolished the entire property. After constructing a new residence on the empty lot, the developer listed this impressive building in 2016 for $19.75 million. It eventually sold in March of 2017 for $14.5 million. In 2020, the property changed hands once again for $12.2 million.

Here's a video tour from the most recent sale: 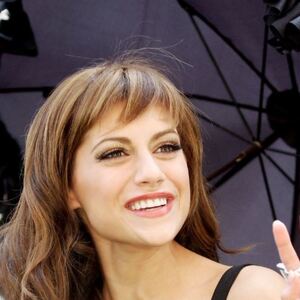