Brittany Curran net worth: Brittany Curran is an American actress who has a net worth of $2 million. Brittany Curran was born in Weymouth, Massachusetts in June 1990. From 2009 to 2011 she starred as Lucy on the television series Men of a Certain Age. Curran starred as Phoebe Daly on the TV series Twisted from 2013 to 2014.

During that time she also starred as Katie Nolan on the series Chicago Fire. Brittany Curran began starring as Fen on the television series The Magicians in 2017. She has also appeared in several movies including 13 Going on 30, Akeelah and the Bee, The Adventures of Food Boy, Dear White People, Exeter, and The Man from Earth: Holocene. Curran has also appeared in episodes of the TV series MADtv, Power Rangers Wild Force, The Young and the Restless, Drake & Josh, The Suite Life of Zack & Cody, The Suite Life on Deck, Ghost Whisperer, Criminal Minds, and more. 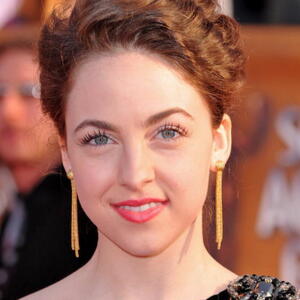