Britt Robertson Net Worth: Britt Robertson was born in Charlotte, North Carolina and has an estimated net worth of $3 million dollars. Britt Robertson was home-schooled and began acting in school plays. Her first major role was in the 2000 independent film, "The Ghost Club", and she subsequently appeared in the television movies, "Jesse Stone: Night Passage", "Women of a Certain Age", and "Growing Pains: Return of the Seavers", for which she began to receive more attention.

She also guest starred, or played recurring roles on multiple television shows, including "Sheena", "CSI: Crime Scene Investigation", "Swingtown", "Law and Order: Special Victims Unit", "Law and Order: Criminal Intent", and "Life Unexpected". She became a household name in 2007 with her performance in "Dan in Real Life". Since then, she has appeared in such projects as "The Tenth Circle", "Triple Dog", "Mother and Child", "Avalon High", and "Scream 4". From 2011 to 2012 she appeared in the series, "The Secret Circle". From 2018 to 2019 she appeared in the series "For the People" 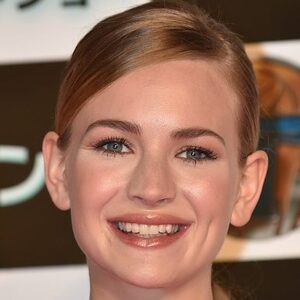