Britt Ekland Net Worth: Britt Ekland is a Swedish actress who has a net worth of $22 million. Born Britt-Marie Eklund on October 6, 1942 in Stockholm, Sweden, she is best known for her film role as a Bond Girl in the ninth spy film in the James Bond series Man with the Golden Gun and her role in the British cult film The Wicker Man.

She became highly famous overnight when she married actor Peter Sellers, who proposed to Ekland after seeing her photograph in the newspaper and subsequently meeting her in London, England. She was stepmother to Sellers' children Sarah and Michael and the couple also had a daughter of their own, Victoria, in January 1965. Ekland and Sellers starred together in the films A Carol for Another Christmas (1964), After the Fox (1966) and The Bobo (1967). The couple divorced in 1968. In June 1973, Ekland had a baby boy named Nic with producer record Lou Adler. In yet another high-profile relationship, she was romantically linked to rock star Rod Stewart. Ekland and Stewart were introduced in 1975 by English actress Joan Collins and lived together for over two years. Ekland became engaged to L.A. Guns singer Phil Lewis, but later married rock musician Slim Jim Phantom, who was almost twenty years younger than Ekland, in 1984. They had a son, Thomas Jefferson, in 1988 and divorced in 1992. Ekland is close friends with Ozzy Osborne and wife Sharon and is still a regular part of the rock music social scene. 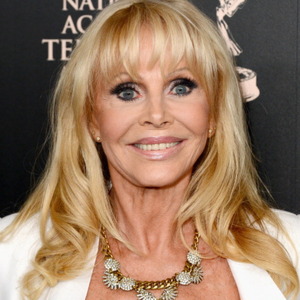