Brie Larson Net Worth and Salary: Brie Larson is an American actress, screenwriter, director, poet, singer-songwriter, and musician who has a net worth of $25 million. Larson began her acting career as a teen with a number of supporting roles in comedic films. Over the years, she consolidated her presence in Hollywood with a number of leading roles, including that of Captain Marvel in the eponymous 2019 film.

Over the course of her career, Larson has won a number of awards, including an Academy Award and a Golden Globe. Outside of acting, she is an established writer and director with a number of credits to her name. In addition, Brie Larson is a social activist focused on gender equality issues.

Early Life: Brianne Sidonie Desaulniers was born on October 1st of 1989 in Sacramento, California. Raised by parents who were both chiropractors, Brie spoke French while growing up alongside her sister. She was mostly homeschooled throughout her childhood, an experience she says helped shape her creative talents. As early as age six, she was writing her own movie scripts and planning out a future career as an actress. Also at age six, she was admitted into the American Conservatory Theater, becoming the youngest person ever to do so.

By age seven, her parents had divorced and Brie relocated to Los Angeles with her sister and mother. Their financial situation in California was pretty dire, and Brie has stated that each of them had just three articles of clothing to their name. After she moved to Los Angeles, she adopted the stage name "Larson" because it was easier to pronounce than her actual last name.

Career: While still a child, Larson appeared in an episode of the "The Tonight Show with Jay Leno," playing a girl in a parody of a Barbie commercial. Further roles as a child actor followed in series like "Touched by an Angel" and "Popular." One of her early breakout roles as a young woman was in the sitcom "Raising Dad." She then appeared in the Disney Channel movie "Right on Track" and comedies like "Sleepover" and "13 Going on 30." When she was just 11, she released an album called "Finally Out of P.E.," which contains hits that received radio play and coverage on MTV. In 2006, she booked a major role in the poorly-received film "Hoot." A minor role in "Remember the Daze" soon followed.

After a number of failed attempts to book film roles, Larson booked a recurring role in the series "United States of Tara." The show was canceled after three seasons. In 2009, she joined the cast of "Tanner Hall" and was praised for her comedic performance in the film. She followed up with teen roles in movies like "House Broken" and "Just Peck."

In 2010, Brie took to the stage in a production of the play "Our Town." Further film roles came with "Greenberg," "Rampart," and "Scott Pilgrim vs. the World." By 2012, she had co-written and co-directed her first short film. Brie Larson continued to appear as a teen in movies like "The Trouble with Bliss" and "21 Jump Street." After appearing in the series "Community" and co-writing and co-directing another short film, Larson had a major breakthrough as an adult actor when she booked a role in "Short Term 12." It was the first leading role of her career, and she received widespread praise from critics.

She followed up with roles in movies like "Don Jon," "The Gambler," and "The Spectacular Now." In 2015, she appeared in "Digging for Fire," "Trainwreck," and "Room." The latter film won Brie an Academy Award for Best Actress, a Golden Globe, and a BAFTA. She followed up in 2016 with "Free Fire" and then starred in "Kong: Skull Island" in 2017. Later that year, Larson appeared in "The Glass Castle," an adaptation of Jeanette Walls' memoir. She followed up with "Basmati Blues" before starring in and directing "Unicorn Store."

In 2019, she booked one of her biggest roles yet, playing the lead in "Captain Marvel." She reprised her role in "Avengers: Endgame," which grossed to $2.79 billion to become the highest-earning film of all time. 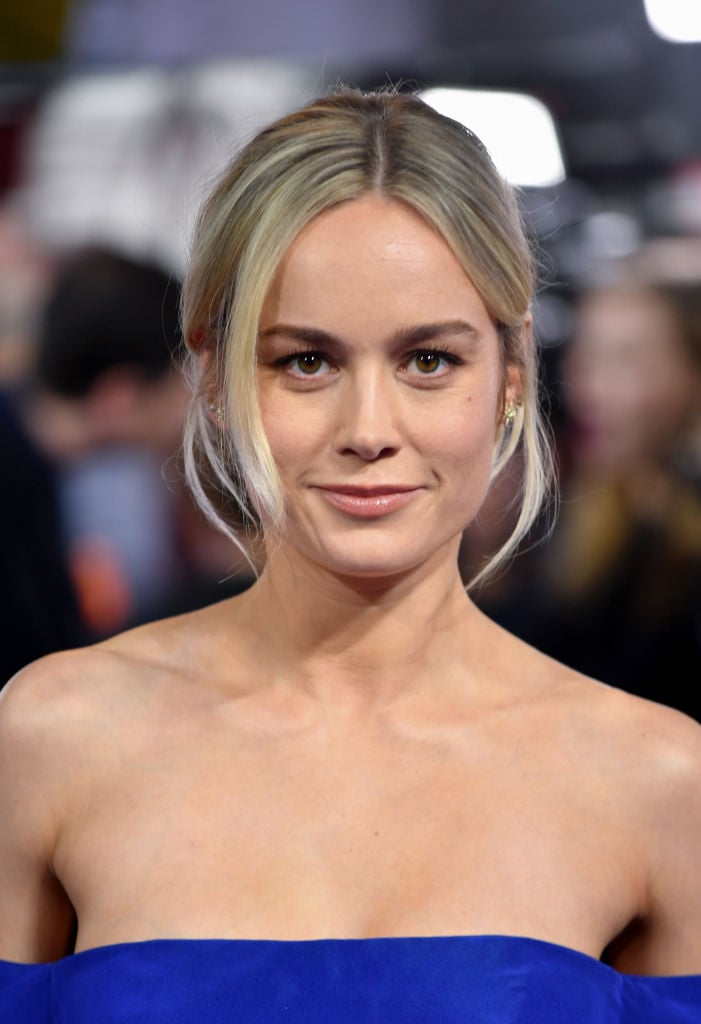 Salary for Captain Marvel: After appearing in the Marvel Cinematic Universe blockbuster "Captain Marvel, Brie Larson earned a total of $5 million. Her salary for Avengers: Endgame was never revealed, but actors typically received an increased amount based on the number of times they reprise their roles within the MCU.

Real Estate: In 2019, it was reported that Brie Lawson had made two notable investments in real estate. She purchased one property in Malibu, California for $3.4 million. The property sits on top of a hillside that overlooks the Pacific Ocean and features 2,100 square feet of living space. The outdoor area is covered with succulents and Italian cypresses, and there's a swimming pool below a stone staircase.

She also made another purchase that year, picking up a property in the Woodland Hills neighborhood of the San Fernando Valley for $1.6 million. Although the house was cheaper than her Malibu property, it offers considerably more space with a total of 3,583 square feet. The property is also newly updated with fresh renovations, including ebony hardwood floors and all-new stainless steel appliances. The backyard is also filled with amenities, including a swimming pool, spa, jacuzzi, fire pit, and grassy lawns. In addition, an enclosed gazebo offers breathtaking views of the valley basin.

2019 was a busy year for Larson in terms of real estate. She also sold a property in the trendy and artsy Laurel Canyon area for $2.17 million. The house features 2,900 square feet of living space, exposed beam ceilings, and a secluded spa. Although this property sale would've helped Brie fund her two acquisitions later that year, she actually suffered a loss on the overall investment. She originally purchased the house back in 2016 for $2.25 million, which means she experienced a "small" loss of $80,000. No big deal for a Hollywood A-lister like Brie Larson.

In 2020, Brie Larson cashed in on another property, selling her longtime home in Studio City for a cool $1.4 million. This time, she most certainly made a profit on the real estate deal, as she originally purchased the property back in 2009 for $885,000. Not only that, but it seems that there was a bidding war for Larson's house, as she originally listed it for $1.29 million before it sold for $1.4 million. The modest home features just under 2,000 square feet of living space, crown molding, tile floors, and two fireplaces. The outdoor area comes complete with a saltwater pool and spa.