What Is Bridgit Mendler's Net Worth?

Bridgit Mendler is an American actress, singer, musician, and songwriter who has a net worth of $2 million. Mendler is famous for playing the role of Teddy Duncan on the Disney Channel series "Good Luck Charlie" (2010–2014) and for her recurring role as Juliet Van Heusen on "Wizards of Waverly Place" (2009–2012).

Bridgit Mendler was born Bridgit Claire Mendler on December 18, 1992, in Washington, D.C. She grew up in Mill Valley, California (from the age of 8), with mother Sandra, father Charles, and younger brother Nicholas. After moving to California, Bridgit became interested in acting and began appearing in plays, becoming the youngest person to perform in the San Francisco Fringe Festival. Mendler hired an agent at age 11 and soon landed a voice role in 2004's "The Legend of Buddha," an Indian animated film.

Bridgit attended college at the University of Southern California (USC). She studied Medical Anthropology and Medieval Visual Culture and earned an anthropology degree in 2016. In May 2017, the MIT (Massachusetts Institute of Technology) Media Lab announced that Mendler was chosen for its Director's Fellows program, and a year later, she announced that she had enrolled in a graduate program at MIT. In early 2019, she revealed that she was taking a class at Harvard Law School, and she earned her graduate degree from MIT in 2020. Bridgit then decided to take her education even further, working on a Ph.D. at the MIT Media Lab "with a focus on technologies that support inclusive and collaborative governance and citizen engagement."

In 2006, Mendler lent her voice to the video game "Bone: The Great Cow Race" and guest-starred on the soap opera "General Hospital." She then appeared in the films "Alice Upside Down" (2007) and "The Clique" (2008), and she performed backing vocals on the track "Free Spirit" on the "Alice Upside Down" soundtrack. In 2009, Bridgit co-starred with Lindsay Lohan in "Labor Pains," guest-starred on the Disney Channel series "Jonas," and appeared in "Alvin and the Chipmunks: The Squeakquel," which grossed $443.1 million at the box office. That year, she also landed a recurring role on the Disney Channel's "Wizards of Waverly Place," appearing in 10 episodes. In 2010, Mendler began starring as Teddy Duncan on "Good Luck Charlie," which aired 97 episodes over four seasons. She reprised the role in the 2011 Disney Channel Original Movie "Good Luck Charlie, It's Christmas!" and a 2013 episode of "Jessie." In 2011, Bridgit voiced Appoline in "Beverly Hills Chihuahua 2" and played Olivia White in the Disney Channel Original Movie "Lemonade Mouth." She also performed on the "Lemonade Mouth" soundtrack, and the tracks "Somebody" and "Determinate" reached #89 and #51 on the "Billboard" Hot 100 chart, respectively.

Mendler signed a contract with Hollywood Records in early 2011, and the following year, she guest-starred on "House," voiced the lead role in the English dub of the animated film "The Secret World of Arrietty," and released the album "Hello My Name Is…," which reached #30 on the "Billboard" 200 chart. The single "Ready or Not" was certified Platinum in the U.S. and Canada, and the song "Hurricane" topped the "Billboard" Bubbling Under Hot 100 chart. In 2014, Bridgit appeared in the documentary "Lennon or McCartney" and a scene in the extended version of "Muppets Most Wanted," and she began starring on the NBC series "Undateable," which aired 36 episodes over three seasons. She guest-starred on the ABC/CMT musical series "Nashville" in 2017, and in 2018, she appeared in the David Spade comedy "Father of the Year." In 2019, Mendler co-starred with Dennis Quaid and Ashley Tisdale in the Netflix series "Merry Happy Whatever." Bridgit has also appeared in music videos for several of her songs, including "Ready or Not," "Hurricane," and "Summertime." 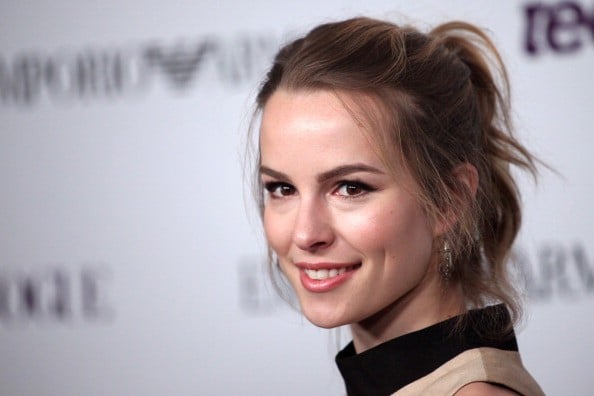 Bridgit married Griffin Cleverly on October 18, 2019. She previously dated her "Good Luck Charlie" co-star Shane Harper. Mendler is passionate about charity work, and she has served as an ambassador for the reading campaign First Book and the Give With Target campaign to raise money for U.S. schools. In 2012, she got Disney to donate $5 million to the Give With Target campaign and raised an additional $2.5 million on Facebook. Mendler released the single "We Can Change the World" in 2011 for Disney's Friends for Change campaign, and the company donated $250,000 to the Disney Worldwide Conservation Fund when the song debuted on Radio Disney. She took part in the Disney's Friends for Change Games, and Disney donated $125,000 to her team's chosen charity, UNICEF. In 2013, she was involved in "Seventeen Magazine's" Delete Digital Drama campaign to end cyber bullying and revealed that she was bullied in school. Bridgit has also worked with the Free The Children Foundation and Save the Children Foundation. 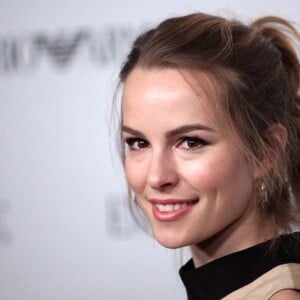