What Is Bridget Fonda's Net Worth?

Bridget has largely retired from show business and has not acted in a film or television show since 2002. That year she had a recurring role as Stephanie Furst on "The Chris Isaak Show" and played the title role in the miniseries "Snow Queen."

Bridget Fonda was born Bridget Jane Fonda on January 27, 1964, in Los Angeles, California. She is the daughter of actor Peter Fonda and artist Susan Jane Brewer, and she is the niece of Jane Fonda and granddaughter of Henry Fonda. After Peter and Susan divorced in 1974, Bridget and her brother, Justin, lived in the Coldwater Canyon area of L.A. and Paradise Valley, Montana, with their father, stepmother Portia Rebecca Crockett (who married Peter in 1975), and stepbrother Thomas McGuane Jr. Fonda attended L.A.'s Westlake School for Girls, and after graduation, she enrolled at New York University's Tisch School of the Arts, where she spent four years studying at the Lee Strasberg Theatre Institute. Bridget graduated with a BFA in drama in 1986.

Fonda appeared in her first film, "Easy Rider," when she was 5 years old; her father starred in, co-wrote, and produced the movie. In 1987, Bridget appeared in the British anthology film "Aria" and lent her voice to the English version of the French animated film "Gandahar." The following year, she starred in "You Can't Hurry Love" and "Shag." In 1989, Fonda appeared in five projects: the films "Scandal" and "Strapless," the TV movie "Jacob Have I Loved," the television pilot "The Edge," and the "Blinded by the Thousand Points of Light" episode of "21 Jump Street." Bridget portrayed Mary Wollstonecraft Godwin in 1990's "Frankenstein Unbound," and later that year, she played Grace Hamilton in "The Godfather Part III," which grossed $136.9 million at the box office. In 1992, Fonda starred as Janet Livermore in "Singles" and Allison Jones in "Single White Female," and she had an uncredited cameo as Linda in the horror-comedy film "Army of Darkness." Bridget then appeared in the films "Bodies, Rest & Motion" (1993), "Little Buddha" (1993), "The Road to Wellville" (1994), and "Camilla" (1994), played the lead role in "Point of No Return" (1993), and co-starred with Nicolas Cage and Rosie Perez in "It Could Happen to You" (1994). 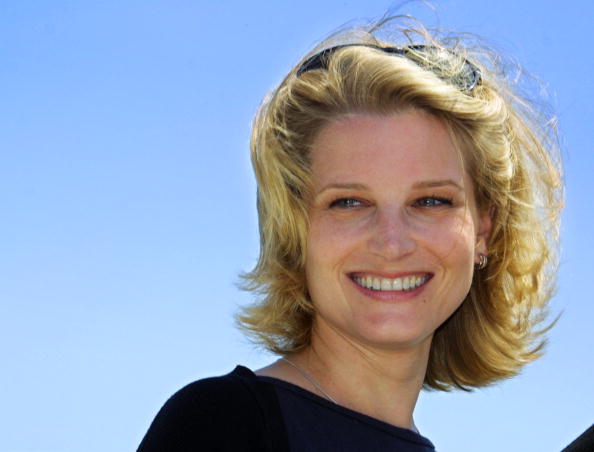 Fonda appeared in 1995's "Rough Magic" and 1996's "City Hall" and "Grace of My Heart," and after meeting director Quentin Tarantino on an airplane, he offered her a role in 1997's "Jackie Brown." That year Bridget also appeared in the films "Touch" and "Mr. Jealousy" and the TV movie "In the Gloaming," which earned her a Primetime Emmy nomination. In 1998, she guest-starred on "The Larry Sanders Show" and starred in the films "Break Up," "Finding Graceland," and "A Simple Plan," followed by "Lake Placid" in 1999. Fonda starred in the 2000 Western "South of Heaven, West of Hell," and in 2001, she appeared in the films "Delivering Milo," "Monkeybone," "Kiss of the Dragon," and "The Whole Shebang" and the TV movie "No Ordinary Baby" (also known as "After Amy"). In 2002, Bridget played Stephanie Furst in four episodes of Showtime's "The Chris Isaak Show" and starred as the title role in the Hallmark Channel miniseries "Snow Queen." Though Fonda hasn't worked as an actress since 2002, she appeared in the "AFI Life Achievement Award: A Tribute to Robert De Niro" and "The Three Stooges 75th Anniversary Special" in 2003 and the TLC reality series "Battleground Earth: Ludacris vs. Tommy Lee" in 2008.

Bridget began a relationship with actor Eric Stoltz in 1990, four years after meeting him, and they were together for eight years. In March 2003, she became engaged to composer Danny Elfman, and they married on November 29, 2003. Fonda and Elfman welcomed son Oliver on January 21, 2005. Elfman is the former front man for the American rock band Oingo Boingo and a busy film and television composer. Danny's nephew is actor Bodhi Elfman who is married to actress Jenna Elfman.

In February 2003, Bridget was involved in a rollover car accident that resulted in a fractured vertebra. Shortly before the crash, she had landed a recurring role on "The Practice," but she was replaced by Teri Polo.

According to public records, in 2000, Danny paid $2.13 million for a home in the Hancock Park neighborhood of Los Angeles. Danny and Bridget spent three years and roughly $3 million renovating the home, which dates back to the 1920s. In 2015, they acquired the house next door for $3.6 million, and in October 2020, they put the combined estate on the market for $14.6 million. If sold separately, the larger original home was listed for $8.8 million, and the smaller home was listed for $5.8 million. Ultimately the homes were sold separately, the larger one for asking price ($8.8 million) and the smaller one at a discount, for $4.2 million. In 2021, over two transactions separated by several months, Fonda and Elfman plunked down a combined $8 million for two side-by-side homes in Encino, California. The combined property spans 2.2 acres. They also own a ranch in Santa Barbara, which Danny acquired in the mid-1990s. 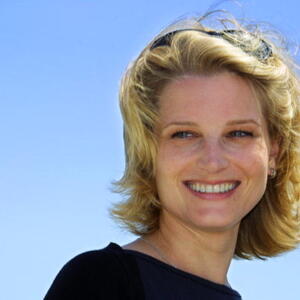