Brian Tee net worth: Brian Tee is a Japanese American actor who has a net worth of $4 million. Brian Tee was born in Okinawa, Japan in March 1976. From 2008 to 2009 he starred as Eddie Choi on the television series Crash. From 2015 to 2017 he had a recurring role as Ethan Choi on the TV series Chicago P.D.

And since 2016 he has also starred as Ethan Choi on the series Chicago Fire. Beginning in 2015 he has starred as Ethan Choi on the television series Chicago Med. Tee has also starred in several films including We Were Soldiers, Austin Powers in Goldmember, Fun with Dick and Jane, The Fast and the Furious: Tokyo Drift, Pandemic, Finishing the Game, The Wolverine, No Tears for the Dead, Jurassic World, and Teenage Mutant Ninja Turtles: Out of the Shadows. He has also appeared in episodes of the TV series The Pretender, Buffy the Vampire Slayer, JAG, Monk, Without a Trace, The Unit, Entourage, Grey's Anatomy, Jericho, Bones, Burn Notice, Hawaii Five-O, Agents of S.H.I.E.L.D., and more. 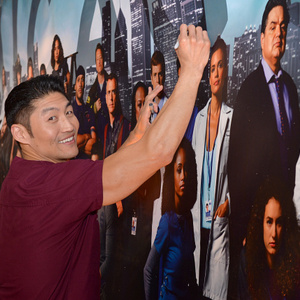