Brian White Net Worth: Brian White is an American actor, model, dancer, and producer who has a net worth of $1.5 million. Brian White was born in Boston, Massachusetts, in 1975, to a financial advisor mother and a pro basketball player father. He earned his degree at Dartmouth College and soon made his first foray into acting.

He made his on-screen debut as an extra in 1999's "The Best Man" before appearing as Gabe in "Moesha" and as Tracy Wainwright in 2001's "Me and Mrs. Jones". His movie credits include appearances in "The Family Stone", "Stomp the Yard", "The Game Plan", "In the Name of the King: A Dungeon Siege Tale", "12 Rounds", "Fighting", "I Can Do Bad All By Myself", "The Heart Specialist", "Politics of Love", and "The Cabin in the Woods". White has also had a successful TV career, appearing as Detective Tavon Garris on FX's police drama "The Shield" and as a Kyle Jameson in "Football Wives". He landed the part of Kurt Sabin on "CSI: Miami" in 2009 and played Brian Hall in 2011 in "Body of Proof". White has also appeared on "Men of a Certain Age", "Moonlight", and "Hostages". He made his on-stage debut in a 2012 production of "What My Husband Doesn't Know" as Paul. White began co-hosting the "Empower Me" tour, put together by the United Negro College Fund. He and his wife, Paula Da Silva, have been married since 2010. 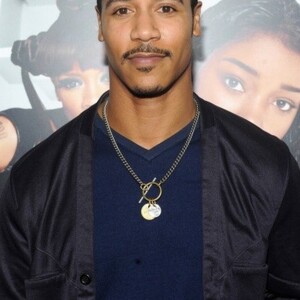