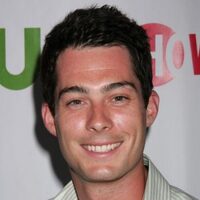 Brian Hallisay net worth: Brian Hallisay is an American actor who has a net worth of $5 million dollars. He is perhaps best-known for appearing on television shows like "The Client List", "Bones" and "CSI: NY". He is also notable for being married to actress Jennifer Love Hewitt.

Brian Hallisay was born in Washington, D.C., and graduated from Cornell University with degrees in Economics and History. He worked for a few years on Wall Street, before shifting his focus to his first love, acting, and relocated to Los Angeles. He began his professional acting career with guest starring roles on various television shows including, "Strong Medicine", "The Inside", "Cold Case", and "Without a Trace". He made his feature film debut in 2006, appearing opposite Paris Hilton in "Bottoms Up". He then returned to television, guest starring on "Bones", "CSI: NY", and "The Bionic Woman". In 2008, he was cast in the role that would bring him widespread notice, as Will on "Privileged". He is currently a series regular on the show, "The Client List" alongside real life girlfriend Jennifer Love Hewitt. Brian and Jennifer married in 2013.