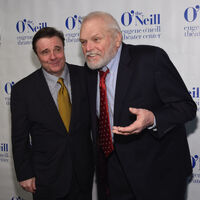 Brian Dennehy net worth: Brian Dennehy was an American actor who had a net worth of $12 million dollars at the time of his death. Brian died on April 15, 2020 of natural causes at the age of 81. He was survived by his wife and five children.

Brian was born on July 9, 1938 in Bridgeport, Connecticut. He graduated from Chaminade High School in Mineola, New York. After school, he joined the Marines and served until 1963. After completing his service, he was offered a football scholarship to Columbia University. He took the scholarship and majored in History. From there, he went to Yale to study acting.

He began working professionally on both film and television in the late 70s, making his film debut in "Semi-Tough" and his television debut with a small role on "Lou Grant". From there Brian worked steadily for the next several decades. He worked primarily as a character actor, appearing in such film projects as "First Blood", "Cocoon", "Gladiator", "Tommy Boy", "William Shakespeare's Romeo + Juliet", "Assault on Precinct 13", "The Next Three Days", and on television in "Dynasty", "The West Wing", "Rules of Engagement", and starring in the "Jack Reed" television movie franchise. He has also won two Tony Awards for his work on Broadway.