Brian Bloom net worth: Brian Bloom is an American actor, voice actor, and screenwriter who has a net worth of $8 million. Brian Bloom was born in Merrick, New York in June 1970. He has about 200 acting credits to his name and had a recurring role as Dustin Donovan on the soap opera As the World Turns from 1983 to 1987.

From 2010 to 2012 Bloom voiced the roles of Steve Rogers / Captain America on the TV series The Avengers: Earth's Mightiest Heroes. He voiced the roles of Hyperion / Diplomat on the series Avengers Assemble from 2013 to 2015. He voiced the roles of Captain Ryan / Crognard / Captain Dash Coolstar on the television series Teenage Mutant Ninja Turtles in 2012. Brian Bloom has starred in several films and television films including Smokin' Aces and the A-Team, which he also helped wrote. He has voiced roles in the films Justice League: Crisis on Two Earths, Lego Batman: The Movie – DC Super Heroes Unite, and more. In 1985 he won a Daytime Emmy Award for As the World Turns and he has been nominated for multiple Behind the Voice Actors Awards. 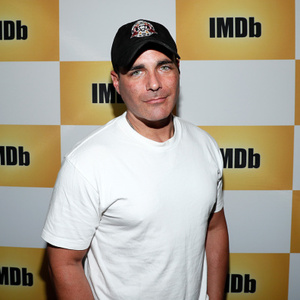