What is Brian Baumgartner's Net Worth and Salary?

Before this breakthrough part, he was a theater director in Minneapolis, Minnesota, and also performed on stage with a number of regional theater companies. Baumgartner has also appeared in many films, including "License to Wed," "Four Christmases," "Dirty Girl," and "Ordinary World."

Brian Baumgartner was born on November 29, 1972 in Atlanta, Georgia. As a youth, he went to Holy Innocents' Episcopal School, a college-preparatory day school in Sandy Springs. Baumgartner then went to the Westminster Schools, where he participated in public speaking competitions and theater. At The Westminister Schools he was one grade above his future Office co-star Ed Helms.

Additionally, he attended Northwestern University's National High School Institute between his junior and senior years of high school, focusing on theater. For his higher education, Baumgartner went to Southern Methodist University in Texas; majoring in theater, he graduated in 1995.

After high school, Baumgartner went on to attend SMU, graduating in 1995 as a theater major. After college Brian briefly moved to LA before being hired to be Artistic Director of the Hidden Theater in Minneapolis, Minnesota. While in Minneapolis Brian put his artistic and acting talents on full display fetching various accolades in the process. He continued to hone his acting skills by giving regional performances at the Guthrie Theater, Berkeley Repertory Theater, Children's Theater and Theater de la Jeune Lune.

In 2001, Baumgartner made the transition to screen acting. His first role was in the romantic comedy film "Herman U.S.A.," starring Michael O'Keefe, Ann Hamilton, and Kevin Chamberlin. Subsequently, Baumgartner appeared on television in episodes of the legal drama "The Lyon's Den" and the airport drama "LAX." In 2005, he had guest roles on three series: the drama "Everwood" and the sitcoms "Arrested Development" and "Jake in Progress."

Baumgartner achieved widespread recognition in 2005 when he began playing the character Kevin Malone on the NBC sitcom "The Office." Based on the British series of the same name, the show focuses on the everyday work lives of a group of office employees at the fictional Dunder Mifflin Paper Company in Scranton, Pennsylvania. The ensemble cast includes Steve Carell, Rainn Wilson, John Krasinski, Jenna Fischer, David Denman, Oscar Nunez, Phyllis Smith, Craig Robinson, Angela Kinsey, and many more. Although "The Office" was initially met with mixed reviews, it soon went on to earn increasing critical acclaim and a devoted audience. In 2006, it won the Emmy Award for Outstanding Comedy Series. Baumgartner remained on the show for all of its nine seasons through 2013. Moreover, he directed the episode "After Hours" in the eighth season.

Brian would later host a podcast for Spotify called "An Oral History of The Office" that featured in-depth interviews with celebrity Office superfans and his former cast members like Steve Carell and John Krasinski. 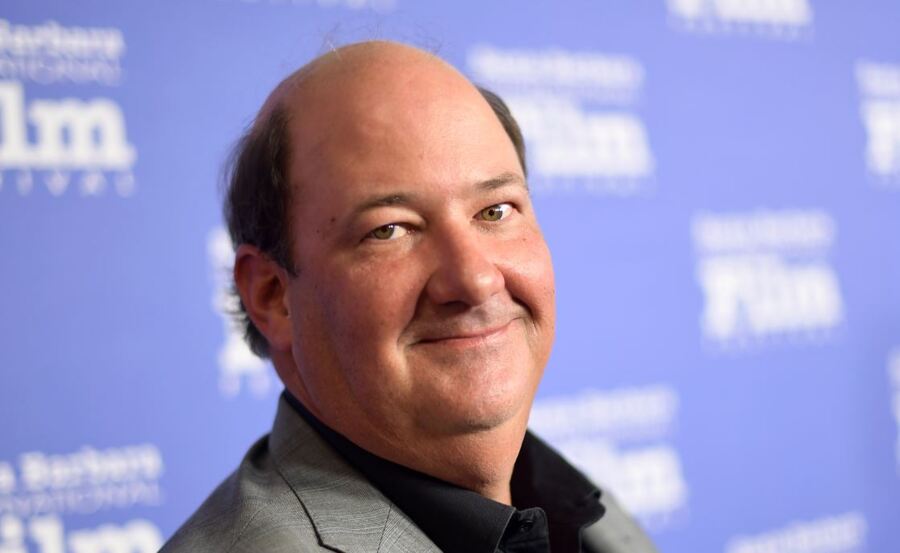 Baumgartner has made many appearances on television beyond his role on "The Office." In 2012, he appeared as a hospital orderly in an episode of the comedy series "Wilfred." The following year, he played Claude on the sitcom "Hot in Cleveland," and also appeared as Molly's union representative on the sitcom "Mike & Molly." Baumgartner subsequently made guest appearances on a number of different shows, including "Criminal Minds," "Law & Order: Special Victims Unit," "The Bridge," and "Melissa & Joey."

In 2016, Baumgartner was in episodes of "Chicago Fire," "Scream Queens," and "The Goldbergs." The next year, he appeared on the sitcom "Life in Pieces" and in two episodes of the drama "Good Behavior," and also had a recurring role as Dr. Olonari on the Amazon streaming series "Hand of God." Baumgartner was later in episodes of such shows as "Disjointed" and "Sneakerheads." Additionally, the actor has lent his voice to multiple animated television shows, including "Adventure Time," "Nicky, Ricky, Dicky & Dawn," "The Mr. Peabody & Sherman Show," "Summer Camp Island," and "Trash Truck."

On the big screen, Baumgartner has had supporting roles in both comedies and dramas. In 2007, he played Jim in the romantic comedy "License to Wed," and the year after that, played Eric in the holiday comedy "Four Christmases." Next, Baumgartner had his biggest film role yet as Father Ralph O'Brien in the independent drama "Into Temptation," costarring Jeremy Sisto, Kristin Chenoweth, and Bruce A. Young. He followed this with a small part in the coming-of-age film "Dirty Girl." In 2012, Baumgartner had a starring role in the independent science-fiction film "Astronaut: The Last Push." Four years later, he appeared in the coming-of-age film "Ordinary World," starring Green Day singer Billie Joe Armstrong. Baumgartner's later film credits have included the Mexican comedy "My Boyfriend's Meds" and the computer-animated film "Rumble," in which he voices a warthog-like monster called Klonk.

In December 2020 the celebrity video company Cameo announced that Brian was the platform's highest-earner in the year. Cameo reported that Brian earned more than $1 million for his personalized videos which cost $195 a piece. If he earned exactly $1 million, that means he performed around 5,128 video messages. After Cameo's 25% cut, Brian earned at least $750,000 off Cameo in 2020 alone.

Brian has been married to Celeste Ackelson since 2014. They have two children and reside in Del Mar, California. Brian is an accomplished and avid golfer. 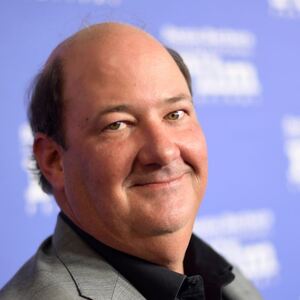