Brett Kelly Net Worth: Brett Kelly is a Canadian actor who has a net worth of $200 thousand. Brett Kelly was born in Vancouver, British Colombia, Canada in October 1993. Kelly studied at The University of British Columbia. His first roles came in the 2001 films Kill Me Later and Out Cold and the 2001 TV movie Ladies and the Champ.

He starred as Sammy in the 2002 movie Cheats and as The Kid in the 2003 movie Bad Santa. In 2004 Kelly starred as Francis Bischetti in the TV series Dead Like Me. He starred as Timothy "Beef" Wellington in the 2006 film Unaccompanied Minors. Kelly starred as Charlie in the 2007 movie Trick 'r Treat and also starred in the 2009 film What Goes Up. His latest role came starring as Martin Gordon in the 2010 movie High School. In 2004 Brett won a Phoenix Film Critics Society Award for Best Performance by a Youth in a Lead or Supporting Role – Male for Bad Santa. He was nominated for a Young Artist Award in 2007 for Unaccompanied Minors. 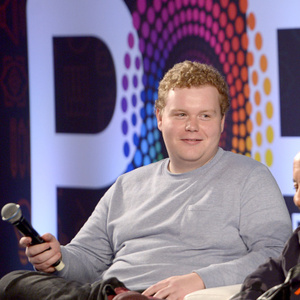