Brett Gelman net worth: Brett Gelman is an American actor and comedian who has a net worth of $500 thousand. Brett Gelman was born in Highland Park, Illinois in October 1976. He has performed at the Upright Citizens Brigade Theatre for over 10 years. Gelman first appeared in the 2004 movie Blackballed: The Bobby Dukes Story.

In 2012 he starred as Mr. Gilbert in the television series The Inbetweeners. One of his best known roles came starring as Mr. K in the TV series Go On from 2012 to 2013. Gelman starred as Brett Mobley on the series Eagleheart from 2011 to 2014. Since 2014 he has starred as AJ on the TV series Married. He has also had recurring roles in the TV series The Back Room and Bad Teacher. Gelman has starred in the movies Watching the Detectives, Stick It in Detroit, May the Best Man Win, The Other Guys, 30 Minutes or Less, A Very Harold & Kumar 3D Christmas, Jobs, Awful Nice, and Someone Marry Barry. He has appeared in episodes of the TV series The Colbert Report, Human Giant, Californication, Funny or Die Presents, Happy Endings, Curb Your Enthusiasm, The League, The Office, Garfunkel & Oates, and Drunk History. 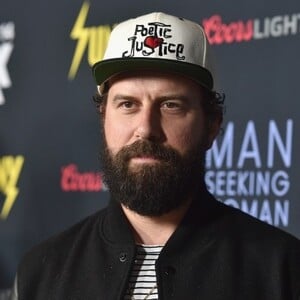