How much is Bret McKenzie Worth?

Bret wrote several songs for the films "The Muppets" (2011) and "Muppets Most Wanted" (2014) and won an Academy Award for the track "Man or Muppet." In his acceptance speech, Bret stated, "I grew up in New Zealand watching "The Muppets" on TV. I never dreamed I'd get to work with them. And I was genuinely starstruck when I finally met Kermit the Frog, but once you get to know him he's just a normal frog." As an actor, McKenzie has appeared in the films "Diagnosis Death" (2009) and "Austenland" (2013) and the television series "Bajillion Dollar Propertie$" (2017), and he had a minor role in "The Lord of the Rings" franchise. He was brought back as Lindir the elf in "The Hobbit" (2012), and his father also appeared in the "Lord of the Rings" franchise as Elindil.

Early Life: Bret McKenzie was born Bret Peter Tarrant McKenzie on June 26, 1976, in Wellington, New Zealand. His mother, Deirdre, taught contemporary dance, and his father, Peter, was an actor. Bret has two brothers, Jonny and Justin, and he attended Clifton Terrace Model School. As a child, he was interested in dance, and he began learning how to play musical instruments at an early age. According to his brother Justin, McKenzie busked on the streets of Wellington with his snare drum at age 6 and "played the oboe, the drums, the piano, the recorder, lots of instruments, and loved them all." Bret was a prefect at Wellington College and was in a jazz and funk band called The Blue Samanthas; the band competed in Smokefree Rockquest and won the Wellington regional heats. McKenzie later attended Victoria University of Wellington and joined the comedy troupe So You're a Man, which also included future Flight of the Conchords bandmate Jemaine Clement. The two were also roommates at Victoria University.

Music Career: In 1998, McKenzie and Clement formed Flight of the Conchords, and around that time, Bret was also in the Wellington International Ukulele Orchestra and a reggae fusion band called The Black Seeds. In May 2000, Flight of the Conchords performed on TV for the first time, appearing on the Wellington show "Newtown Salad." The band has released the live albums "Folk the World Tour" (2002) and "Live in London" (2019), the Grammy-winning EP "The Distant Future" (2007), and the Grammy-nominated studio albums "Flight of the Conchords" (2008) and "I Told You I Was Freaky" (2009). Their self-titled album went 2× Platinum in New Zealand and topped the Official New Zealand Music Chart and the U.S. "Billboard" Comedy Albums, Alternative Albums, Top Rock Albums, and Independent Albums charts.

Bret and Jemaine also had a 2005 BBC Radio 2 comedy series, and they have performed on "Late Night with Conan O'Brien," "The Late Show with Stephen Colbert," HBO's "One Night Stand," "Late Show with David Letterman," and "The Late Late Show with Craig Ferguson." In 2012, they released a charity single, "Feel Inside (And Stuff Like That)," to benefit Cure Kids, a New Zealand charitable organization, and they voiced performing arts camp counselors on a 2010 episode of "The Simpsons" entitled "Elementary School Musical." Besides his work with Flight of the Conchords, McKenzie released the album "Prototype" under the name Video Kid in 2004, and he was a music supervisor and songwriter for "The Muppets" and "Muppets Most Wanted." For "The Muppets," he wrote the songs "Life's a Happy Song," "Me Party," "Let's Talk About Me," and "Man or Muppet," and he wrote "We're Doing a Sequel," "I'm Number One," "The Big House," "I'll Get You What You Want (Cockatoo in Malibu)," "Interrogation Song," and "Something So Right" for "Muppets Most Wanted." Bret has also written songs for "The Simpsons" and the 2019 film "Dora and the Lost City of Gold." 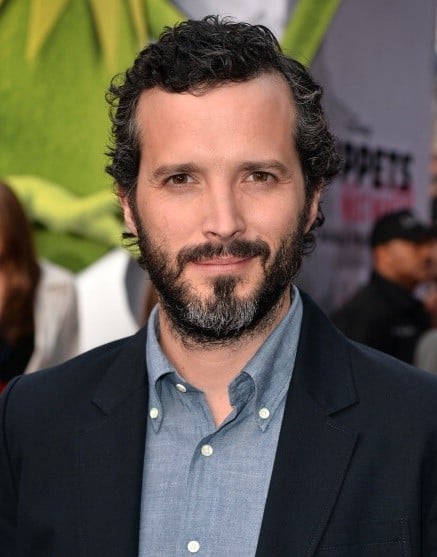 Acting Career: McKenzie made his acting debut on a 2000 episode of the New Zealand/U.K. television series "Dark Knight." He then had a small role in "The Lord of the Rings: The Fellowship of the Ring" (2001) and "The Lord of the Rings: The Return of the King" (2003), followed by an appearance in the mockumentary "Futile Attraction" (2004). In 2007, Bret found stardom on American television with the critically-acclaimed series "Flight of the Conchords," which was ranked #65 on "The Guardian's" 2019 list of the "100 best TV shows of the 21st century." In 2009, he appeared in the film "Diagnosis Death" with his "Flight of the Conchords" co-stars Jemaine Clement and Rhys Darby and guest-starred on "Tim and Eric Awesome Show, Great Job!" on Adult Swim. In 2012, McKenzie had a lead role in the New Zealand film "Two Little Boys" and appeared as Lindir in "The Hobbit: An Unexpected Journey." He co-starred with Keri Russell, Jennifer Coolidge, and Jane Seymour in 2013's "Austenland," and he guest-starred on the reality TV parody series "Bajillion Dollar Propertie$" in 2017.

Personal Life: Bret married publicist Hannah Clarke on March 18, 2009, and they have two children, son Leo and daughter Vita. In 2018, McKenzie broke two bones in his hand "in a very rock 'n' roll injury – falling down some stairs." Doctors told Bret that he wouldn't be able to perform for a few weeks, so he and Jemaine had to postpone several dates on their "Flight of the Conchords Sing Flight of the Conchords" tour. 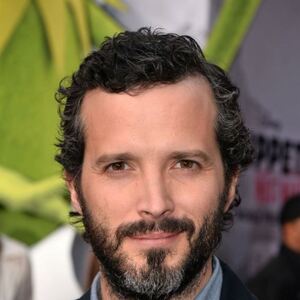