Brent Spiner Net Worth and Salary: Brent Spiner is an American actor who has a net worth of $16 million. Spiner is best known for playing the role of Data in the television series "Star Trek: The Next Generation." He reprised the role for multiple Star Trek movies and spinoffs, including "Star Trek: First Contact," for which he won a Saturn Award for Best Supporting Actor. More recently, he played Data once again in the series "Star Trek: Picard."

Outside of his work in the Star Trek Universe, Brent has appeared in films such as "Independence Day" and "Independence Day: Resurgence." In addition, he is an accomplished stage actor and an experienced voice actor. Outside of acting, Brent is a musician who has recorded various albums.

Early Life: Brent Jay Spiner was born on February 2nd of 1949 in Houston, Texas. Raised in a Jewish household, Brent experienced tragedy at a young age when his father passed away from kidney failure. His mother then remarried, and he was adopted by his mother's second husband. During his high school years, Spiner was an integral member of the school's speech team and won a national championship after a dramatic interpretation. After graduating from high school, Brent attended the University of Houston and participated in the local theatre scene.

Career: In an effort to pursue a career as a stage actor, Brent relocated to New York in the 1970s. He quickly booked roles in various Broadway and off-Broadway plays, including "The Three Muskateers" and "Sunday in the Park with George." Although he initially gained a role in the movie "Stardust Memories," Spiner gravitated more towards television work during his early career. After landing a role in the series "The Paper Chase," Brent moved to Los Angeles in 1984.

After establishing himself in Hollywood, Spiner booked roles in various pilots and made-for-TV movies. Brent then booked a recurring role in "Night Court" and subsequently appeared in "The Twilight Zone," "Mama's Family," "Tales from the Darkside," and "Cheers." During this period, Brent also booked a rare starring role in the film "Rent Control."

In 1987, Spiner experienced a real breakthrough when he booked the role of Data in "Star Trek: The Next Generation." He would continue to play the famous android for the next 15 years. During this period, Spiner also appeared in four feature films based on the Star Trek universe. These films included "Star Trek Generations," "Star Trek: First Contact," "Star Trek: Insurrection," and "Star Trek: Nemesis." This last film marked the end of Spiner's journey as Data, as the actor stressed that he was too old to continue playing the role. Since androids do not age, Brent's changing appearance was beginning to concern him. However, he played the role one last time in 2020, with the series "Star Trek: Picard."

Ten years after booking the role of Data, Brent returned to the stages of Broadway. In 1997, he played the role of John Adams in the musical "1776." The production earned Spiner and the rest of the cast a Tony Award Nomination. This wasn't the only side-project Brent had time for during the run of "Star Trek: The Next Generation." In 1996, he appeared in "Independence Day." he later reprised this role in "Independence Day: Resurgence."

Other notable film roles came with movies like "I Am Sam," "Dude, Where's My Car?," "The Aviator," "The Master of Disguise," "Out to Sea," "Phenomenon," and more. He has appeared in additional television shows like "Deadly Games," "The Blacklist," "Dream On," "Gargoyles," "Law & Order: Criminal Intent," "Mad About You," and "The Outer Limits." He also notably appeared in an episode of "Friends."

Despite the fact that his Star Trek days are long past, Spiner continues to appear in a range of projects. In 2005, he appeared in a sci-fi series called "Threshold," although it was ultimately canceled. In 2006, he appeared in a film called "Material Girls" alongside Hilary Duff. He also booked roles in series like "Frasier," "Family Guy," "Alphas," "The Big Bang Theory," "Young Justice," and "Warehouse 13." In 2008, he appeared in "Superhero Movie."

Music: In 1991, Brent Spiner released an album called "Ol' Yellow Eyes Is Back." The title is a reference to Sinatra's album "Ol' Blue Eyes is Back," and the fact that Spiner wore yellow contact lenses while playing Data. The album featured mostly 1940s-style pop songs.

Real Estate: In 2003, Brent spent $4.6 million on an estate in the coveted Point Dume area of Malibu. Situated on just over 1.6 acres of land, the 5,000 square-foot home was originally constructed in 1960. Features include beamed ceilings, tile risers, a fireplace, French doors, and more. Outside, the property boasts lush landscaping, palm trees, ocean views, fountains, a two-car garage, and a swimming pool with a waterfall feature. Most importantly, the three-bedroom home comes with a rare key that unlocks a gate to a private path that leads to an extremely exclusive beach. He listed the property for $11 million in 2016, ultimately not finding a buyer. 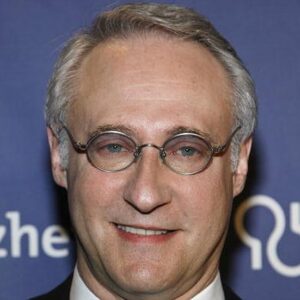