What Is Brendan Gleeson's Net Worth?

Brendan Gleeson is an Irish actor, director, and producer who has a net worth of $8 million. Gleeson is probably best known for playing Alastor Moody in the "Harry Potter" film series (2005–2010), and he gave an Emmy-winning performance as Winston Churchill in the 2009 HBO movie "Into the Storm."

Brendan Gleeson was born on March 29, 1955, in Dublin, Ireland. He is the son of Frank and Pat Gleeson, and his brother, Barry, is a singer. Brendan was an avid reader during his childhood, and he attended St Joseph's CBS, where he joined the school's drama group. Gleeson majored in Irish and English at University College Dublin, and after earning his Bachelor of Arts degree, he taught both languages at Catholic Belcamp College while also working as an actor. In 1991, he gave up teaching in order to focus on acting full-time. In a 2014 NPR interview, Brendan revealed that he was sexually abused by a Christian Brother as a primary school student, stating, "I remember a particular Christian Brother dropped the hand on me at one point. It wasn't very traumatic and it wasn't at all sustained, it was just one of these things where something odd happened." He added, "The same guy was in secondary school and I remember a couple of us starting trading stories and really that he was a bit off wasn't he. But nobody ever thought to tell anybody, nobody ever thought to tell even my parents, who would have been enraged and would not have taken it lightly. I never even thought about telling them." 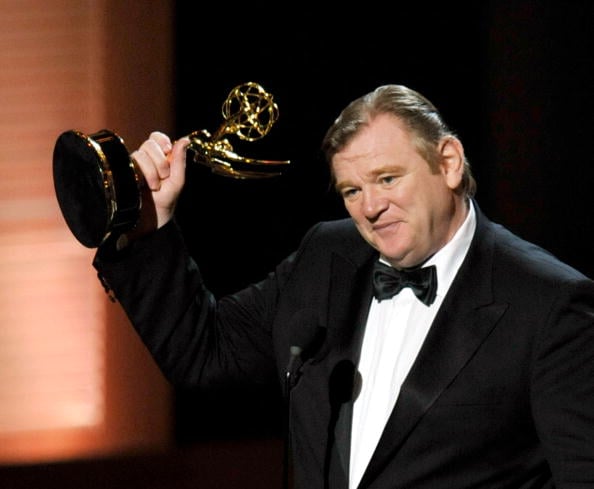 Brendan married Mary Weldon in 1982, and they have welcomed four sons, Brian, Domhnall Gleeson, Fergus, and Rory. All four sons co-starred with Gleeson in the 2012 TV movie "Immaturity for Charity," and Domhnall played Bill Weasley in the "Harry Potter" films. Brendan is a supporter of the Aston Villa Football Club, and he plays the mandolin and fiddle and is interested in Irish folklore.

In 2008, Brendan received a Career Achievement Award at the Dublin International Film Festival, and in 2011, he was named Best Actor for "The Guard" at the Valladolid International Film Festival. In 2014, he won a Boston Online Film Critics Association Award for Best Actor for "Calvary," and in 2016, the film earned him a Días de Cine Award for Best Foreign Actor. Gleeson has received seven Satellite Award nominations, winning Best Actor in a Miniseries or a Motion Picture Made for Television for "Into the Storm" in 2009 and Best Actor in a Series, Drama/Genre for "Mr. Mercedes" in 2019. He earned two other Satellite Award nominations for "Mr. Mercedes," and he received nominations for "The General," "In Bruges," and "The Guard" as well. Gleeson has also earned nominations from the Canadian Screen Awards ("The Grand Seduction"), Chlotrudis Awards ("In Bruges"), European Film Awards ("Calvary"), Evening Standard British Film Awards ("The Guard" and "Trespass Against Us"), "Fangoria" Chainsaw Awards ("28 Days Later…"), Gold Derby Awards ("Into the Storm"), National Film Awards, UK ("Calvary" and "Suffragette"), National Society of Film Critics Awards ("I Went Down" and "The General"), and Online Film & Television Association ("Into the Storm"). 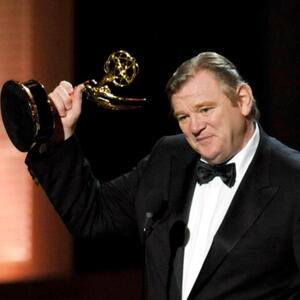