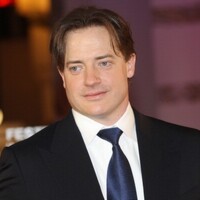 What is Brendan Fraser's Net Worth and Salary?

Brendan Fraser is an American-Canadian actor and producer who has a net worth of $20 million. At one point the 1990s Brendan Fraser was one of the highest-paid actors in the world, commanding $10 – 15 million per film role. With more than 70 acting credits to his name, he is best known for his roles in "The Mummy" franchise, "George of the Jungle," "Encino Man," and "Dudley Do-Right" as well as a memorable 3-episode arc on the NBC series "Scrubs." Brendan also appeared in the award-winning films "Crash" and "The Quiet American." In 2022 Brendan received raving critical reviews for his role in "The Whale."

Brendan Fraser was born Brendan James Fraser on December 3, 1968, in Indianapolis, Indiana. He grew up with Canadian parents, Carol (a sales counselor) and Peter (a Canadian foreign service officer), and 3 older brothers, Kevin, Regan, and Sean, in Washington, California, Ontario, Switzerland, and the Netherlands. Brendan attended a private boarding school, Toronto's Upper Canada College, and in 1990, he graduated from Cornish College of the Arts in Seattle. He had planned to study acting at Southern Methodist University in Dallas, but on the way there, he stopped in Hollywood, was cast as a sailor in the 1991 film "Dogfight," and decided to stay. 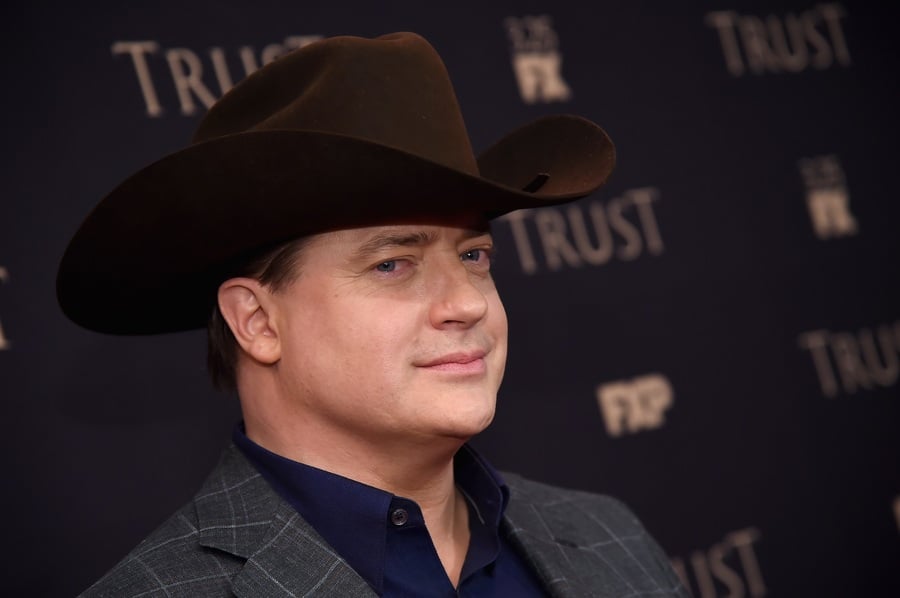 Fraser holds dual citizenship in America and Canada, and he is fluent in French. He's on the FilmAid International board of directors and is passionate about photography. The stunts Brendan has performed in his movies have taken a toll on his body, and he has undergone surgery several times; over a 7-year period, he had a partial knee replacement, vocal cord surgery, and multiple back surgeries. In 2018, Fraser revealed that the president of the Hollywood Foreign Press Association, Philip Berk, had sexually assaulted him in 2003 and said that he believes that speaking out contributed to a decline in his career.


Brendan married actress Afton Smith on September 27, 1998. They met at a BBQ at Winona Ryder's house on the fourth of July in 1993. Brendan and Afton had three sons together, Griffin (born in 2002), Holden (born in 2004), and Leland (born in 2006). While they were together the family lived in a mansion in Beverly Hills. When they sold that mansion in April 2007 for $3 million, Brendan's publicist confirmed that the couple was separating. Brendan and Afton officially divorced in 2008.

Unfortunately for Brendan, their divorce occurred at what proved to be the absolute zenith of his movie income heyday. The very same year of their divorce, Brendan earned his highest single-film acting payday, $14 million, from the second "Mummy" installment. Though, he did go on to earn $10 million from the film "Furry Vengeance" a year after the divorce was finalized. Brendan's Furry Vengeance salary actually became part of a later alimony battle with Afton as she claimed he was initially offered $7.5 million for the role while they were in the midst of divorce settlement talk and that he received the money in August 2009.

According to the terms of their divorce, Brendan agreed to pay Afton a little under $8.7 million as a settlement, which was almost exactly half his net worth before at the time of the divorce. He further agreed to pay Afton $75,000 per month directly, broken out as $50,000 for alimony and $25,000 for child support. These two expenses alone came to $900,000 per year and essentially required Brendan to earn around $2 million per year pre-tax. The alimony would last for 10 years, through 2019, (or until Afton remarried – which she did not). The child support would last until each child turned 18 (pro-rated).

As we mentioned, 2008 was Brendan's earnings peak. His career cooled considerably over the ensuing years and in March 2013 Fraser petitioned a court to have his alimony payments reduced.

According to his filings in 2013, because he was no longer earning the mega-million-dollar paychecks he enjoyed several years earlier when the arrangement was made, by this point Brendan was actually losing $87,000 every month through alimony, mortgages, and various other expenses. Furthermore, the terms of the divorce allowed Brendan to reduce his alimony only if his annual earnings dipped below $3 million, which he claimed had happened. In the filing, Brendan's business manager listed the following amounts as Brendan's total annual gross earnings and income:

In the filing Brendan reported having $25 million worth of assets and an average monthly income of $205,704. He also said that he earned around $26,000 per month from investment income and had to pay $113,000 in "professional expenses" (lawyers, managers, agents). These costs left Brendan with roughly $118,000 in monthly income before expenses. Fraser's monthly expenses included:

It's not clear if an alimony modification was subsequently granted. Afton's lawyers pushed back on Brendan's claims by pointing out that he earned $10 million in 2009 for "Furry Vengeance" and was still able to work and earn large paychecks. He was also still able to pay a little over $4 million to acquire and furnish a new home for himself during this same period. Either way, the alimony payments likely ended in 2019. A pro-rated portion of the child support payments will likely continue until his youngest son turns 18 in 2024.

In 1997, Fraser won a Golden Space Needle Award at the Seattle International Film Festival for his performance in "Still Breathing." In 2004, he earned an Online Film & Television Association Award for Best Guest Actor in a Comedy Series for "Scrubs," and he received a ShoWest Award for Distinguished Decade of Achievement in Film in 2008. Brendan also shared several awards with his "Crash" castmates, including a Screen Actors Guild Award, Broadcast Film Critics Association award, a Hollywood Film Festival Award, and a Gold Derby Award. Fraser received a star on Canada's Walk of Fame in 2006.

After the divorce, Brendan moved to Bedford, New York where – according to a later alimony case filing he paid $3,389,779 for a horse property on several acres. He then spent $755,496 furnishing the house.