Brenda Vaccaro net worth: Brenda Vaccaro is an American actress who has a net worth of $4 million. Brenda Vaccaro was born in Brooklyn, New York in November 1939. She studied at the Neighborhood Playhouse and made her Broadway debut in 1961. For her debut in Everybody Loves Opal, Vaccaro won the Theatre World Award.

In 1976 she starred as Sara Yarnell in the television series Sara. In 1984 Vaccaro starred as Julia Blake in the TV series Paper Dolls. From 1986 to 1987 she starred as Scruple on the series The Smurfs. Vaccaro has also provided voice work for the TV series The Critic, Spawn, and Johnny Bravo. She has starred in the movies Where It's At, Midnight Cowboy, I Love My Wife, Summertree, Going Home, The Shape of Things, Once Is Not Enough, Capricorn One, Supergirl, Ten Little Indians, Cookie, The Mirror Has Two Faces, Boynton Beach Club, and You Don't Know Jack. Vaccaro won a Golden Globe Award in 1976 for Best Supporting Actress – Motion Picture. She was also nominated for Golden Globe Awards in 1970 for Best Supporting Actress in Midnight Cowboy and Most Promising Newcomer – Female in Where It's At. She won a Primetime Emmy Award in 1974 for The Shape of Things and was nominated for an Academy Award for Once Is Not Enough in 1976. 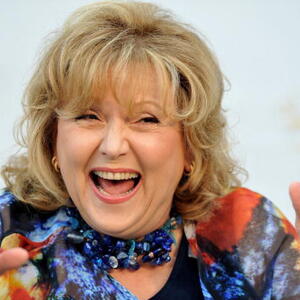