Brenda Strong net worth: Brenda Strong is an American actress and yoga instructor who has a net worth of $12 million dollars. Brenda Strong was born in Brightwood, Oregon, and went on to graduate from the University of Arizona with a degree in Musical Theater. While in college, she was crowned Miss Arizona in 1980.

She began her professional acting career in the mid-80s, with a role in the music video for Billy Crystal's "You Look Marvelous". She then began appearing on television in guest starring roles on such shows as "St. Elsewhere", "MacGyver", "Dallas", "Hotel". "Star Trek: The Next Generation", "Twin Peaks", "Blossom", and "The Young Indiana Jones Chronicles", among many other programs. She began adding film credits to her resume in the late 80s, appearing in such projects as "Spaceballs", "Malice", "Starship Troopers", "Red Dragon", and "Ocean of Pearls". She is most widely recognized for her co-starring role on "Dallas" and for her voice over work as the narrator on "Desperate Housewives". 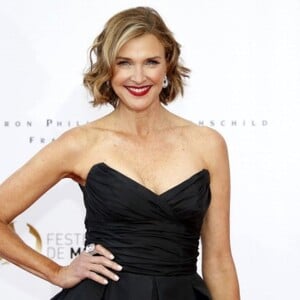