Brenda Blethyn net worth: Brenda Blethyn is an English actress who has a net worth of $5 million dollars. Brenda Blethyn was born Brenda Anne Bottle in Ramsgate, Kent, England, in 1946 as the youngest of nine children. Before her acting career, Blethyn worked at a local bank, and it wasn't until the 1970s when she began performing at the Royal National Theatre in London.

Blethyn gained notoriety over the next decade as a stage actress, winning the London Critics' Circle Theatre Award for Best Supporting Actress for her role in "Steaming" in 1980. Soon after, she began to earn on-screen roles on British TV programs such as "Chance in a Million" and "Yes Minister". She starred as Erica Parsons in the 1989 show "The Labours of Erica". A year later, Blethyn debuted on the big screen in the movie "The Witches" based on the Roald Dahl book. She received critical acclaim for her role in "Secrets & Lies" in 1996, taking home a Best Actress Award at the Cannes Film Festival, a British Academy Award, and a Golden Globe. She was also nominated for Best Actress at the Oscars. Other TV and film credits include "Vera", "Atonement", "Pride & Prejudice", "Beyond the Sea", "Remember Me? and "Outside Edge". Blethyn is married to her husband Michael Mayhew and serves as a patron of the Kent Film and Television Board. 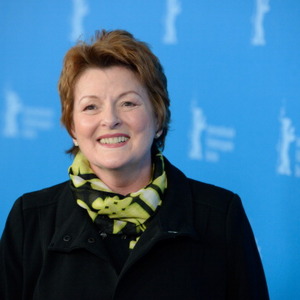