Bree Turner net worth: Bree Turner is an American dancer and actress who has a net worth of $3 million. Bree Turner was born in Palo Alto, California in March 1977. She is the daughter of former NFL linebacker Kevin Turner and Bree appeared in commercials for Gap and Dr. Pepper. As an actress she debuted in the movie Dunston Checks In in 1996.

Bree Turner starred as Tina on the television series Undressed in 1999. One of her best known roles came starring as Rosalee Calvert on the TV series Grimm from 2012 to 2017. Turner has had recurring roles on the TV series Moesha from 2000 to 2001, Good Girls Don't… in 2004, Grimm: Bad Hair Day in 2013, and Grimm: Love Is in the Air in 2014. She has appeared in several films including Deuce Bigalow: Male Gigolo, The Wedding Planner, Sorority Boys, and more. Bree Turner has appeared in episodes of the TV series Hang Time, Spin City, Cold Case, Las Vegas, Ghost Whisperer, The Mentalist, and more. 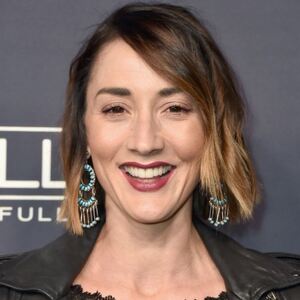